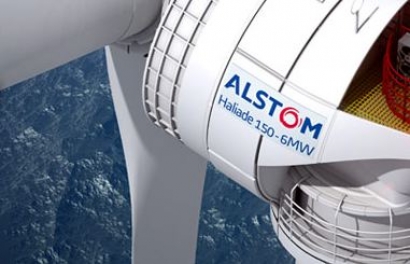 Alstom (Euronext:à‚ ALO) will deliver the DolWin3 converter station and associated subsea and land cabling infrastructure off the German North Sea in a $1.3bn deal.

Dutch Transmission system operator TenneT made the award, the contract of which also includes a five-year post-construction operation and maintenance service.
The project will include an 83km subsea cable as well as a 79km onshore cable running from the coast to the converter station Dorpen/West in Lower Saxony.

“As the general contractor for TenneT, Alstom will supply and construct both the onshore and offshore converter stations as well as the connecting cable systems for DolWin3,” Alstom said in a statement on Tuesday. The project is scheduled for completion in 2017.