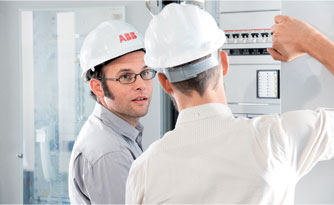 ABB has been chosen to provide an offshore subsea transmission link between Sandbank in the North Sea and the converter station SylWin alpha in Germany.

It is the fifth time that TenneT have selected ABB (SIX: ABBN) to provide an offshore wind connection project in Germany.

The order involves providing an AC (alternating current) power transmission link, which will have the capacity to transmit 288 MW of clean wind power – enough to supply energy to around 300,000 German households.

Once the connection is commissioned the offshore wind farm will be able to save 1,500,000 tons of carbon dioxide emissions per year by replacing fossil fuelled generation.

The Sandbank wind farm is situated around 90 KM off the island of Sylt in the German North Sea.

The project is scheduled for completion in 2015.