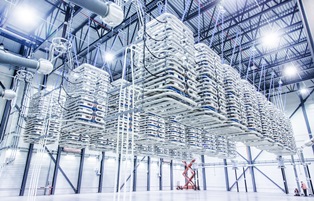 ABB has won orders worth around $900m for engineering work on NordLink, the first interconnection between the Norwegian and German power grids.

The contract has been awarded by a consortium comprising utilities Statnett and TenneT as well as promotional bank KfW.

ABB will supply on-shore high-voltage direct current converter stations and a cable system in the German sector of the link.

At 623 kilometers long, the overall link will be the longest HVDC connection in Europe and is scheduled to go into commercial operation in 2020.

ABB chief executive Ulrich Spiesshofer called the link “a landmark project that will support the integration of the European energy market”.

“The smart combination of renewable power generation in Germany and hydroelectric in Norway demonstrates that we can technologically enable a sustainable green energy policy across Europe.”

NordLink has been designated as one of the European Commission’s projects of common interest to help create an integrated European Union energy market.

It is intended to increase energy security in both countries and support the integration of renewable energy into the countries’ grids by allowing surplus wind and solar power produced in Germany to be transmitted to Norway, and hydroelectric power to be transmitted in the opposite direction.

ABB said the link will transmit power at a record capacity of 1400 MW. The Swiss company will design, engineer, supply and commission two 525 kV, 1400 MW converter stations, using its Voltage Sourced Converter technology, called HVDC Light. One station will be situated near Tonstad in southern Norway and the other near Wilster in northern Germany.

As part of the project, ABB will also design, manufacture and install a 525 kV mass impregnated cable system in the German sector, which will include 154 km of subsea and 54 km of underground cable.

Europe’s Energy Union gets underway with call for grid proposals