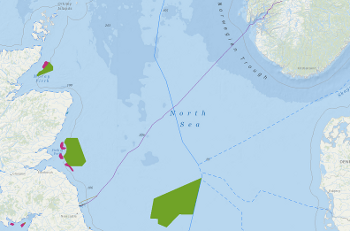 A plan to import hydroelectric power from Norway to the UK via the world’s longest subsea interconnector is to be decided in the first quarter of this year.

The British energy regulator, Ofgem, is attempting to put in place an agreement to facilitate the €2bn, 700km underwater power line as the UK government continues to put in place measures to improve its energy capacity margin.

The NSN interconnector, a joint venture between Norwegian State Grid and UK’s National Grid, is one of five new electricity connections between the UK and France, Ireland, and Scandinavia that could be built by 2020, after the proposed projects were shortlisted in October.

The other projects include the 1GW ElecLink connection through the Channel Tunnel and the recently approved, similar-sized Nemo interconnector to Belgium. The seven projects now in the pipeline could drive £6bn of investment and provide up to 7.5 GW of new capacity.

Auke Lont, chief executive of Statnett, Norway’s grid operator, told the Financial Times that “the plan is to take a decision on investing in the first quarter”.

The line would be capable of delivering 1400 MW of power (enough electricity for four million homes) if it gets the final go ahead from Ofgem, which launched a consultation two weeks ago aimed at agreeing an acceptable “cap and floor” regulatory regime for the project that would link Blyth in Northumberland and Kvilldal in southern Norway.

Agreement would see UK taxpayers effectively underwriting the project as the government would offer National Grid and Statnett a guaranteed minimum return on the interconnector. However the government would be able to claw back any excess profits if returns from the trading of renewable energy across the North Sea are higher than expected.

Last month Ofgem formally approved cap and floor arrangements for Project Nemo, an interconnector linking Kent and Zeebrugge in Belgium that is expected to add an additional 1000 MW to the UK’s electrical grid. Nemo is a joint venture between National Grid and Elia, its Belgian counterpart.

Mr Lont said a bilateral deal with National Grid was one of several plans to market Norwegian hydropower capacity, which represents half of Europe’s total output. It would be used to improve supply to countries affected by intermittent output from wind farms and solar energy.

Norway’s grid system, which is powered almost exclusively by hydroelectric power, has a maximum capacity of about 256GW. However, the installation of further renewable and conventional power capacity across Scandinavia and Finland is expected to increase Norway’s ability to offer a larger tranche of output from its network of hydroelectric dams further afield in northern Europe, according to the Financial Times.

Statnett’s other interconnectors already help neighbouring Denmark, which has substantially grown its wind dependency, and subsequent intermittency. The NSN interconnector could also be used to send excess wind power produced by UK turbines to Norway, which Statnett would resell at a premium to other countries.

Meanwhile the ElecLink Interconnector is expected to be fully operational in Q4 2017.

The launch of a non-binding Expression of Interest phase for the allocation of long term contracts for up to 80 per cent (800 MW) of the 1,000 MW connection between France and Great Britain was made in October.