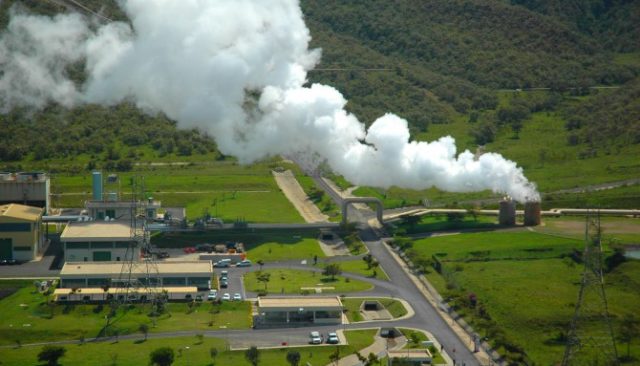 Kenya is among the world’s most active regions for geothermal development, and figures from the national statistics bureau showed that 381.6 MW of geothermal power was generated in December alone. According to utility Kenya Electricity Generating Co (KenGen), geothermal power now accounts for 51 per cent of the nation’s installed power capacity, displacing hydropower as the top energy source.

“The growth rate seems almost preposterous but we’re seeing 10 geothermal rigs running just in Kenya — they are going crazy with money flowing in,” said Mike Long, executive vice-president of US-based strategic consultancy Galena Advisors. “Geothermal will be growing in Kenya, maybe not to the numbers the government is publishing, but 200 MW per year will be fairly sustained for five+ years.”

Long added that the next growth countries for geothermal power will likely be Ethiopia, Tanzania, Rwanda and Uganda, which are all pushing similar geothermal programmes. Indeed, in its latest power review Uganda’s government said its energy ministry is putting in place a geothermal industry workforce with skills necessary to enable rapid development of the sector. The nation has also received technical assistance from the Japan International Cooperation Agency and has signed a memorandum of understanding with the Kenyan government to help expedite sector development.

According to the Geothermal Energy Association (GEA), the global geothermal power market added 600 MW of new capacity in 2014, and is predicted to add another 600 GW or more each year for the next three to four years, with over 700 geothermal power projects are under development in 76 countries. In addition to Africa, Central America and Asia-Pacific are also predicted to be high-growth regions.

This week’s news reports showed clear evidence of a global geothermal boom. In Turkey, a favourable feed-in tariff (FiT) programme and a $125m early stage geothermal support framework developed in collaboration with the European Bank for Reconstruction and Development as part of the nation’s new renewable energy action plan are driving significant interest in geothermal power. The Caribbean island of Grenada has announced that it is moving forward a partnership with New Zealand that aims to develop the island’s geothermal resources, and will begin an initial assessment this month. And reports show a geothermal project underway on the island of Mindoro in the Philippines, where a test well is being dug and developers hope to harness 40 MW of volcanic heat.

Meanwhile, in Indonesia Alstom has been awarded a contract worth over $68m by PT Pertamina Geothermal Energy2 to supply and install a 30 MW geothermal power plant in West Java. The plant is scheduled to be operational by 2016.