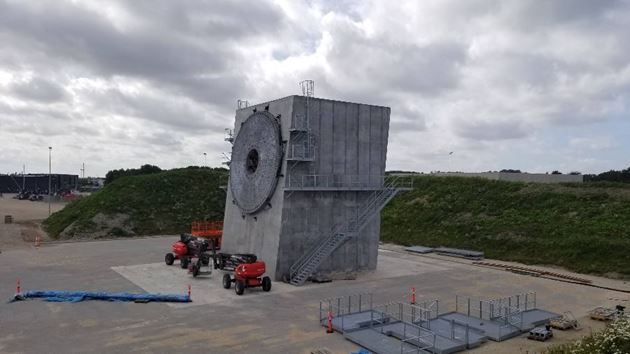 The site will be capable of performing full-scale tests on the next generations of SGRE rotor blades and is expected to be fully operational before the end of the year.

The gigantic structure in Aalborg will have more steel rebar reinforcement per square meter than a wind turbine foundation, so that it has the capability to accelerate the test and prove full reliability over the lifetime of the blade in the shortest possible time, while fully respecting IEC regulations.

Vicente García Muñoz, head of validation means management at SGRE, said the first tests will be on the 94 meter-long blades for the SG 10.0-193 DD offshore wind turbine, “which are almost the same length as one soccer field. We are however building the test stand to accommodate the blade sizes that we will see in the future.”