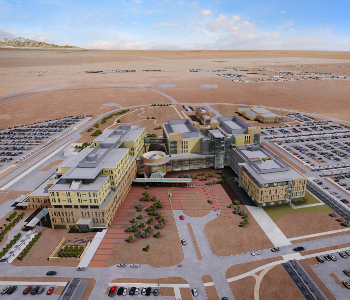 Fort Bliss in Texas, US is about to host the construction of the largest solar energy farm in the US military.

NBC Dallas-Fort Worth reports that the development will mean the entire 1st Amoured Division HQ and most of East Fort Bliss will be powered by the 20 MW solar farm.

Gen. Dana Pittard, the commander of Fort Bliss, is scheduled to announce Friday the Army Corp of Engineers authorization for El Paso Electric to launch the project. It’s the first time the Army is partnering with a local utility on a renewable energy project of that size.

In a statement, Fort Bliss said the new project will reduce the base’s carbon footprint and be a step toward fulfilling the Army’s goal of using 25 per cent of its energy from renewable sources by 2025.