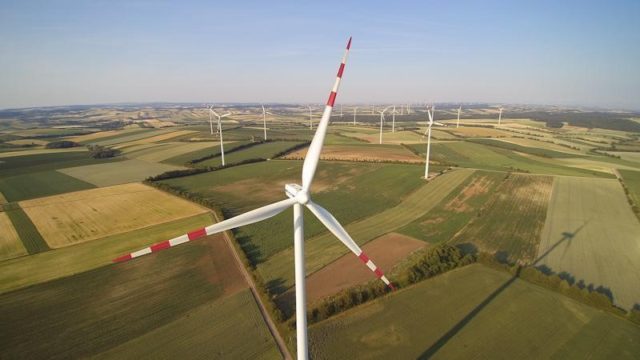 The European Investment Bank (EIB) has issued €63 million ($70. 9 million) of finance for the construction and operation of two new wind farms in Austria.

The wind energy projects, Prinzendorf III and Powi V, will be constructed, operated and owned by Windkraft Simonsfeld through one of its subsidiaries.

The projects will have a total capacity of 43.6MW.

Of the €63 million in loans issued, €40.9 million ($46 million) is directly from the EIB whilst €22.1 million ($24.8 million) will be provided by Austrian financial services company Erste Bank.

Windkraft Simonsfeld will put €21 million ($23.6 million) of its own funds into financing the wind farms.

The funding from EIB is backed by the European Fund for Strategic Investments (EFSI), the central pillar of the Investment Plan for Europe (the Juncker Plan).

This is the second time that the company benefits from the Investment Plan for Europe’s support. In January 2018, a €48 million ($54 million) financial agreement to build three new wind farms with Windkraft Simonsfeld in Austria was made possible under EFSI.

The EIB Vice-President responsible for operations in Austria, Andrew McDowell, said: “The promotion of sustainable, competitive and secure sources of energy is a key policy objective and, as the EU climate bank, a priority sector for EIB financing. We are therefore very pleased to be able to promote the development of renewable energies in Austria in close cooperation with our trusted partner, Windkraft Simonsfeld. The Prinzendorf III and Powi V wind farms are testament to Austria’s commitment to the renewable energy transition.”

Paolo Gentiloni, European Commissioner for the Economy, said: “Investing in renewable energies is crucial to meet the goals of the European Green Deal and to reach climate neutrality by 2050. This new EU support for Windkraft Simonsfeld will help to make two new wind farms a reality, bringing clean energy to thousands more households in Austria.”