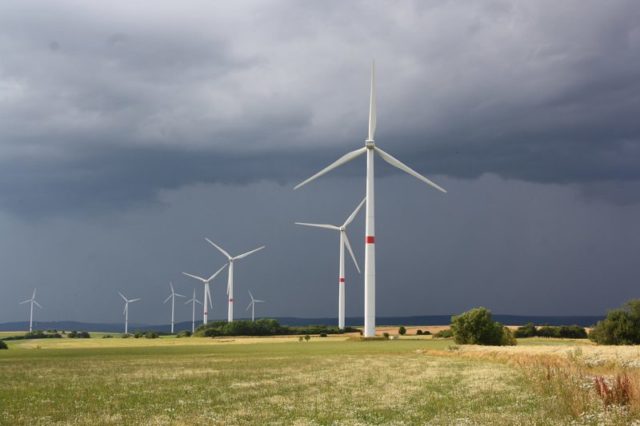 The record was set at in the early hours of the day as the UK was experiencing high winds from storm Francis.

The storm lashed the UK with unseasonably strong gusts of nearly 80mph (129kph) and heavy rain. According to reports, several places in England and Wales provisionally recorded their highest ever gusts of wind in August – including 68mph at Pembrey Sands, 52mph at Shobdon in Herefordshire, and 49mph at Pershore in Worcestershire.

This new record surpasses the previous highest share for wind of 59.1% set on Saturday 22 August 2020.

The UK currently has wind energy capacity of 24GW – 10.4GW offshore and 13.6GW onshore – which provided 20% of UK power last year. This is expected to grow rapidly this decade, with offshore wind alone expected to meet over a third of the UK’s power needs by 2030.

Commenting on the new record, RenewableUK’s director of strategic communications, Luke Clark, said: “Renewables are breaking records faster than anyone expected, and this new wind record is a clear signal of the future of our energy system. We need to see a huge increase in low carbon power to meet the UK’s net zero target and if we can ramp up low-cost renewables in the short term, that will boost our economic recovery and speed up the switch to low carbon heating, electric vehicles and investment in new technologies like green hydrogen”.