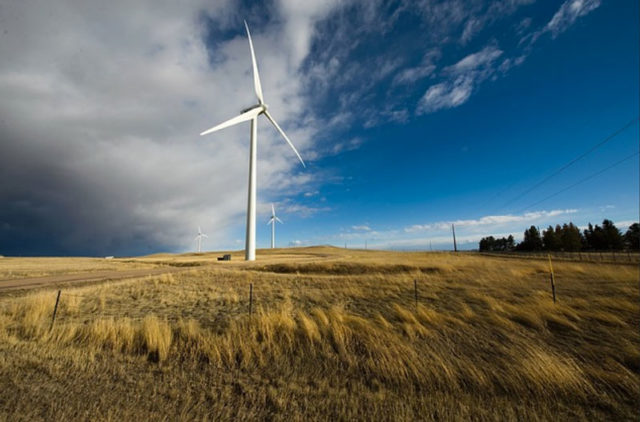 ScottishPower has signed two separate agreements to develop wind farms in central Scotland that could see investment of over £150m. This forms part of ScottishPower’s commitment to investing in the UK’s green economic recovery and to contributing to meeting Net Zero targets.

The acquisition of wind farm developments from local individual shareholders of 3R Energy and Mitchell Energy Ltd. will see a combined capacity of 165 MW of new clean electricity generation developed near Douglas in South Lanarkshire, 35 miles south of Glasgow.

When added to a similar 55 MW project in the area majority owned by ScottishPower, these developments will create a clean energy cluster in South Lanarkshire totalling 220 MW.

The project also includes the repowering of Scotland’s very first commercial wind farm, Hagshaw Hill, which ScottishPower originally took ownership of in 1996. It is expected that the overall project could create 600 peak jobs and 280 long-term jobs.

It is the third green energy deal since March for the Iberdrola Group. Last week the company acquired the French renewable energy firm Aalto Power for €100m. This deal secured 118 MW of operational onshore wind power in France and a project portfolio of 636 MW in various stages of development.

Ignacio Galán, ScottishPower Chairman and Iberdrola CEO, said: “As we begin to emerge from the coronavirus crisis, investment in green infrastructure can quickly be delivered, creating jobs and offering immediate economic and environmental benefits. This will help to support the UK’s overall recovery at this critical time.

“Globally it is essential that the financial recovery is aligned with climate goals. As today’s announcement demonstrates, companies like ours remain committed to major clean energy investments, fostering quality employment and driving the energy transition forward.”

“Twenty five years ago we took on Scotland’s first commercial windfarm, which helped to kick-start a clean energy industry that now employs a quarter of a million people in the UK. We see the regeneration of this project as a catalyst for launching a green recovery for the UK economy.”