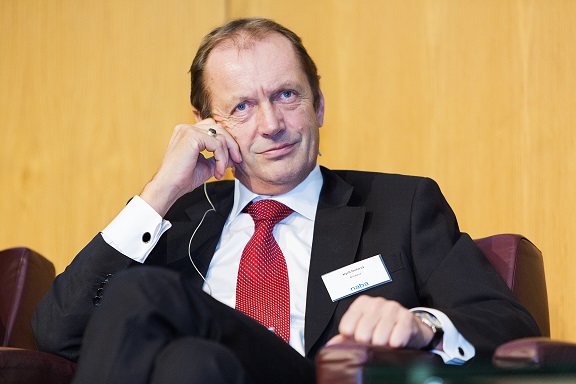 Norfund is planning significant investment in the Sub-Saharan power sector.

The manager of Norway’s state-owned development fund told a conference in Oslo this week of its plans for the area.

Norfund is developing hydropower in Sub-Saharan Africa in partnership with Norway’s power group Statkraft, and has teamed up with Britain’s development fund CDC to invest in Globeleq Africa, a power company with an ambition to add 5000 MW of new capacity.

“We expect to double or even to triple the capital invested in Africa by 2020, depending on the projects,” Kjell Roland, managing director of Norfund, told the conference, which included energy ministers from Ghana and Zambia.

The fund is seeking to develop power projects in partnership with private investors, like Kenya’s 310 MW Lake Turkana wind power park, which will be the biggest wind power park in Africa.

“The project is on track to start producing power in 2016, and it should become a showcase for wind power in Africa,” Mugo Kibati, a chairman of the project company, told Reuters.

Sub-Saharan countries will need to invest $490bn in power generation to reach 80 per cent of electrification in 25 years, a study by McKinsey&Company showed.