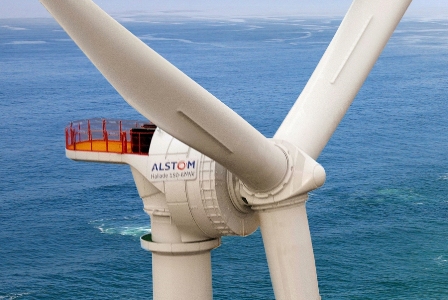 Engineering giant Alstom today broke ground on a wind turbine factory in France – the first time it has inaugurated a factory inside its native country for 30 years.

The ceremony in Saint-Nazaire was watched by French Prime Minister Jean-Marc Ayrault and the factory is one of two new manufacturing hubs that Alstom intends to form “a new French industrial cluster”.

The two plants – which are expected to be operational in 2014 – will assemble and manufacture generators for Alstom’s 6 MW Haliade 150 offshore wind turbine. They will take over the work currently being done at a temporary workshop in Saint-Nazaire which is producing an early series of the Haliade 150.

Kron said the new plants “are the initial steps required to help create a French industrial cluster of excellence in the field of marine renewable energies which will meet the needs of the French and European markets”.