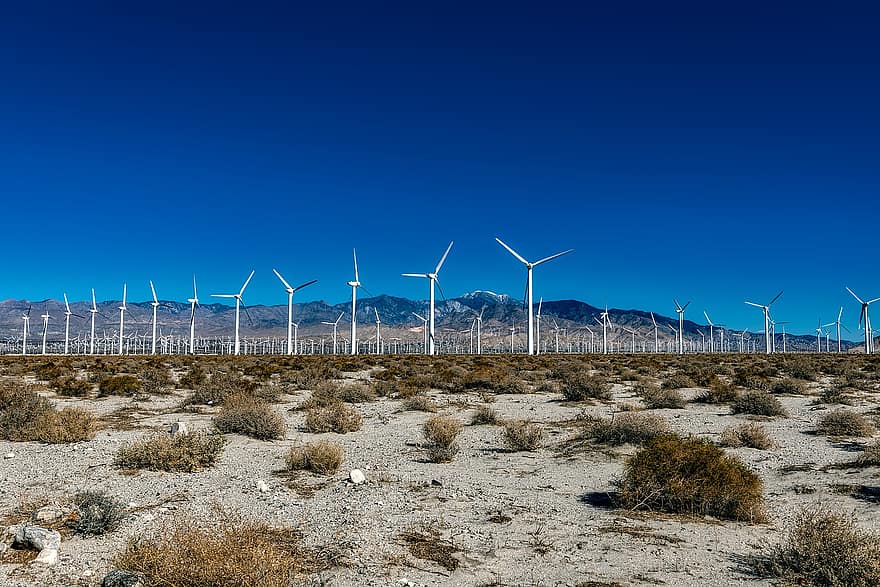 Mexico, Central America and the Caribbean saw a record 1830 MW of new wind power capacity installed in 2019 ” a 126% year-on-year increase in additions, according to research firm Wood Mackenzie.

“The Mexican market accounted more than 80% of annual additions in the region during 2019 by connecting 1,590MW, a 125% jump from 2018,” said Brian Gaylord, principal analyst at Wood Mackenzie.

He added that cumulative operational wind power capacity surpassed 8.4 GW entering 2020, with almost 6.5 GW of this in Mexico.

Wood Mackenzie forecasts 6.9 GW of new wind capacity additions to be commissioned across Mexico, Central America and the Caribbean through 2029. Again, Mexico will be the primary market, with a forecast 6.1 GW of new capacity to be connected, almost 90% of the total.

Gaylord said: “Capacity additions will be driven primarily by C&I demand in Mexico and projects solicited by central power authorities and state utilities throughout the Caribbean and Central America.

“Upside for wind power development in the region is tempered by highly competitive PV and a build-out of gas generation support infrastructure.”

He added that the lack of planned, periodic tendering mechanisms and firm targets for renewable generation in Central American and Caribbean markets limits the growth of wind power in the decade to 2029.

“These markets are essentially transactional,” Gaylord said. “New wind power build will be driven primarily by sporadic project build organised by central power authorities or state utilities in these countries. As such, no market displays potential for a consistent annual build.

“Furthermore, the outlook for wind power in Central America and the Caribbean to 2029 is challenged by competition from PV and LNG. Low-cost PV which has displayed more competitive pricing at regional tenders and government plans to invest in LNG terminals, particularly in Central America, limit opportunities for new wind power installations.”

While Mexico saw the largest capacity additions in 2019, Gaylord said the Mexican government’s move towards centralised control of national power planning dampens the outlook for wind power in the 10 years to 2029.

“Although developers were awarded federal court injunctions against both of these measures, it is likely this will dampen investment in new wind power capacity until 2024,” Gaylord added.

He said transmission is the primary constraint to wind power development in Mexico. High competition from low-cost PV and deflated gas prices mean that wind developers must seek to deploy new projects at sites with the country’s best wind resource.

CFE’s 2019 cancellation of a long-distance HVDC transmission line that would have facilitated an additional 3GW wind power in Oaxaca has had an impact. A separate, long-planned grid project to connect the northern Baja California system to the national grid was also cancelled last year, undermining the development of new wind projects in the northwest state.

Gaylord said that a trend of increasing congestion-associated transmission costs in the wind-rich northeast border states indicates growing grid constraint in that region which will limit the incorporation of new projects.

Alleviating this grid constraint will be challenging. Accordingly, Wood Mackenzie does not expect substantial transmission upgrades for the duration of the Lopez Obrador presidency to be carried out by CFE, which is responsible for the country’s transmission grid. The state utility has instead engaged in a strategy of deploying new gas-fired generation in proximity to load centres to minimise investment in long-distance transmission lines.

Gaylord added: “SENER’s May 2020 policy directive called for more direct participation from CFE in long-term grid planning. CFE’s localised gas capacity strategy and its opposition to private participation in electricity generation indicate it will not support investments in grid infrastructure that support incorporation of new wind or PV capacity.”

No new government-organised long-term auctions are expected to be held through to 2024, when Lopez Obrador’s term ends.

Still, a backlog of auction projects which secured power purchase agreements (PPAs) at auctions in 2016 and 2017 will partially support capacity additions through 2022. Auction-supported capacity does return to the outlook in 2026. Cumulatively, auctions will support 2GW of new wind power build in Mexico, Wood Mackenzie found.

C&I PPAs supported by this and realised via the historic self-supply mechanism correspond to 4.2GW (65%) of operational wind power in Mexico. The outlook through 2029 is underpinned by an additional 4GW of capacity additions predicated upon similar C&I offtake agreements.

Gaylord added: “Upside for this route to markets is limited by increasing competition from low-cost PV projects to capture demand within this segment. Still, geographic, nodal and demand shape considerations facilitate wind power developers’ ability to compete with solar within this market.”