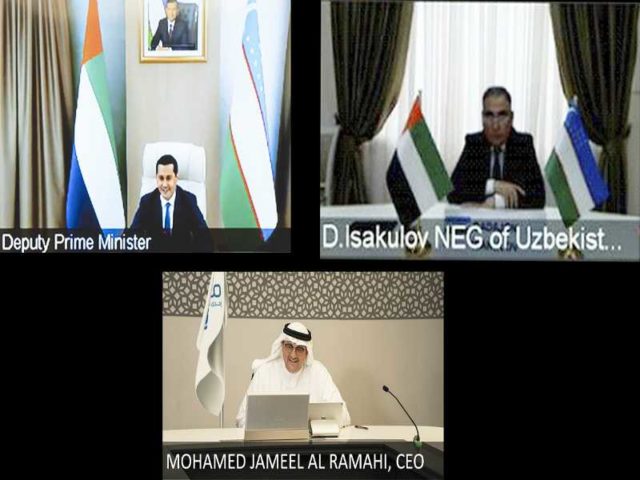 Global renewable energy company, Masdar, has signed an agreement with the Ministry of Investments and Foreign Trade of the Republic of Uzbekistan and JSC National Electric Grid of Uzbekistan for the development of a 500 MW utility-scale wind farm.

The agreement allows for the design, finance, build and operation of the wind farm, which will be located in the Zarafshon district of the Navoi Region. Commercial operation is expected to be achieved in 2024.

The announcement comes after Masdar signed a Power Purchase Agreement (PPA) and Government Support Agreement (GSA) with the Government of the Republic of Uzbekistan in November 2019 to design, finance, build and operate the country’s first public-private partnership (PPP) solar power plant.

Speaking on the occasion of the signing, Deputy Prime Minister Umurzakov, said: “Masdar is our long-term trusted partner in expanding our renewable energy capacities and bringing their well-known international expertise to the country. This energy project with Masdar clearly illustrates the testimony to the strong commitment by the Government of Uzbekistan to increasing private sector participation in the country and support our ambitious clean energy goals.”

Masdar’s CEO, Mohamed Jameel Al Ramahi, said: “Masdar is proud to be collaborating with the Government of the Republic of Uzbekistan on our second utility-scale clean energy project in the country. The 500 MW wind farm supports Uzbekistan’s long-term renewable energy ambitions and its strong commitment to not only modernise its power sector, but also invest in energy security. As a global leader in the development of utility-scale wind power, Masdar is committed to advancing clean-tech innovation both regionally and internationally by deploying the latest technologies at scale and enhancing their commercial viability.”

The signing ceremony highlights Uzbekistan’s goal of developing 5 GW of renewable energy by 2030.