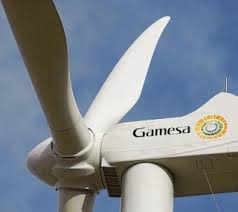 Denmark’s Vestas, a major wind turbine manufacturer, has lost a contract in Brazil with CPFL Renovàƒ¡veis, a subsidiary of CPFL Energia. Spanish wind OEM Gamesa won the contract in the end.

Vestas had signed an agreement with CPFL Renovàƒ¡veis, but it was cancelled due to legal changes recently approved in the country for the electric sector.

Gamesa will supply wind turbinesà‚ to CPFL Renovàƒ¡veisà‚ à‚ that are expected to produce 220 MW overall.

Vestas’ shares fell due to the contract loss, but according to Sydbank analysts the company will not necessarily incur a financial loss.