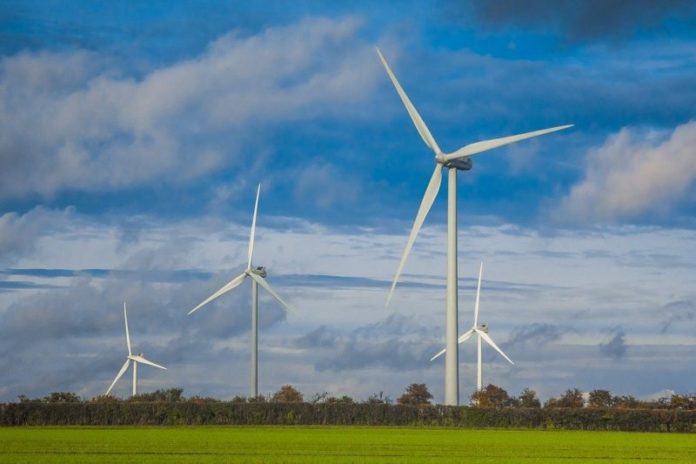 Repowering and extensions of existing onshore wind sites in the UK have yet to receive the same attention from policymakers as new build projects.

However, without repowering activity, the current ~13GW onshore wind fleet could start to reduce in size from 2027 when many Renewable Obligation Certificate (ROC) accreditations end.

The below graph shows onshore wind farms that have applied for planning permission for extensions and repowering to existing sites. This equates to 20 projects totalling 665MW, predominantly located across Scotland. Of the 20 sites, 16 are classified as extensions with four considered full repowering plans.

For both extension and repowering projects, there is a clear trend of a significant reduction in the turbine count alongside a material increase in turbine capacity, demonstrating a real value add to the net-zero push arising from these sorts of activities.

James Brabben, wholesale manager at Cornwall Insight, said: “Cornwall Insight’s forecast shows that between 2027 and 2030 up to 3.6GW of existing onshore wind assets could drop out of the Renewable Obligation scheme, with the majority approaching the end of an assumed 20-25 year economic lifespan, making repowering and extensions key to meeting GB’s net zero goal.

“The time taken to obtain planning permission and grid agreements for new build assets can be lengthy, and developers and project owners understand this all too well. Repowering assets is, therefore, an attractive option.

“Many sites are utilising newer and bigger turbines with the average turbine capacity for new sites up 3MW compared to 1.9MW for existing sites. Two recent examples show how this upscaling is only likely to increase, with Hagshaw Hill and Tangy IV developments both submitting in the last 18 months and having 5MW and 6MW increases in average turbine capacity. Overall, the four repowering projects have capacity gains against original sites totalling 223MW.

“It is not just about higher capacity, but also about higher efficiency and load factors arising from the adoption of the latest technology and improved site layout. These projects deliver higher low carbon output generally.

“The vast majority of projects show a clear reduction in the number of turbines being utilised too, with an average of just 9.5 per site against 21 for existing sites. Fewer turbines should help planning, although other factors such as tip height and wider visual impacts are also very important.

“The trends show how some existing site owners are gearing up for the new world of onshore wind development. With an ageing existing fleet, this area is set to become a very active space, with sites needing to be very efficient to be viable. Our analysis here of capacity rises shows the potential for repowering and site extensions to play an important role in underpinning net zero in the power sector.”