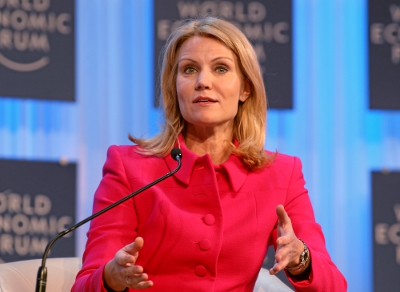 Prime Minister Helle Thorning-Schmidt’s Danish coalition is under enormous pressure after parliament approved a bid by Goldman Sachs to buy an 18 per cent share in Dong Energy.

The Socialist party has already quit the government in protest, while the Danish public has expressed its dissent at the prospect of allowing the US-based group to purchase the significant share, amounting to a $2bn investment, in the state-owned utility.

A majority of members of the Danish parliament’s Finance Committee gave the final seal of approval to the deal on Thursday afternoon.

Dong, the world’s biggest operator of offshore wind farms, is selling the shares as part of a financial restructuring announced in February last year to cut costs, reduce debt and bolster investments in oil and gas exploration, as well as in wind farms. The plan included cutting expenses by 20 per cent and selling assets to raise 10 billion kroner.

Finance Minister Bjarne Corydon, a member of the premier’s Social Democrat party, has fought off growing opposition to the deal from unions, lawmakers and street protesters while maintaining backing from the opposition Liberals and Conservatives.

Corydon has rejected calls urging him to inject state funds into Dong or to delay the Goldman deal until new alternative offers are examined. Postponing the vote could harm Dong’s credit ratings and its ability to negotiate with its banks and investment partners, Corydon has said.

A Megafon poll conducted by TV2 showed 68 per cent of Danes are against Goldman involvement, while along with fierce protests; almost 200,000 signatures have backed a petition against the move.