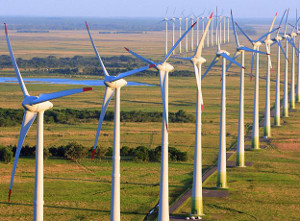 Brazil’s Ministry of Energy has included a 29.5 MW biogas plant and a further 54 MW of wind power in the government’s Regime for Infrastructure Development (REIDI).

REIDI backs companies that invest in different sectors such as energy. The biogas project will be developed in the state of Sao Paulo and will require an investment of $36.3m, excluding taxes, according to a report by Seenews.

The wind farms are the 24 MW Tamandua Mirim 2, which will be located in Bahia, and the 30 MW Serra das Vacas II, to be developed in Pernambuco.