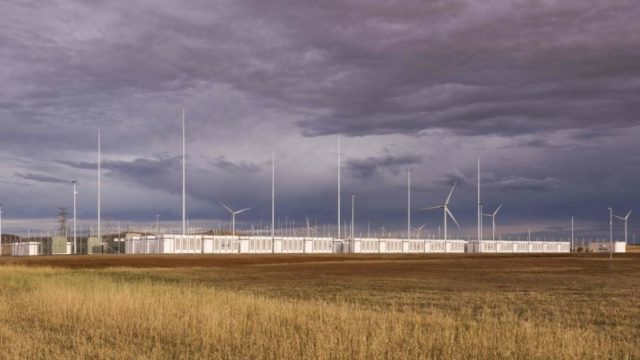 After a successful two years of playing a critical role in maintaining grid security, the world’s largest battery is set to receive a significant upgrade to further benefit the grid in South Australia.

On behalf of the Australian Government, the Australian Renewable Energy Agency (ARENA) has announced $8m in funding to Neoen Australia (Neoen) for a 50 MW / 64.5 MWh expansion of the Tesla-built Hornsdale Power Reserve battery located in Jamestown, South Australia.

The $71m project will see the current 100 MW / 129 MWh battery expanded to demonstrate the ability for grid-scale batteries to provide inertia services and fast frequency responses to the grid.

In what would be a first for the National Electricity Market, the project will provide an evidence base for further reform and innovation in grid management, including working with the Australian Energy Market Operator (AEMO) to test and demonstrate the capability of battery control systems to provide digital inertia replacing the mechanical inertia traditionally provided by synchronous generators. The tests could help to reduce current curtailment of solar PV and wind generation in South Australia.

The Hornsdale battery extension could also allow for an increased power flow limit to the Heywood interconnector, resulting in an improvement in spot prices when importing energy from Victoria.

Tesla, who built the original battery in less than nine months in 2017, will deliver the project on a full turn key construction basis.

“Large-scale batteries are playing an important role in providing short term, large-scale energy storage to help firm and balance the grid. The Hornsdale battery is a groundbreaking project that has proven what batteries can do for our electricity system, and this expansion will now show that it is capable of much more by demonstrating inertia, expanded FCAS functionality and extended support for the Heywood interconnector. Along with providing essential services to the South Australian grid, this will help to inform the regulatory changes required to value these services and create additional revenue markets for other batteries to enter the market on a commercial basis,” he said.

“We hope this project will not only demonstrate the versatility of batteries in providing a range of grid services but also help pave the way for market reform.”

South Australian Minister for Energy and Mining Dan van Holst Pellekaan said, “With this expansion, the Hornsdale Power Reserve will continue to break new ground in providing and proving up the benefits of inertial response from inverter technologies.”

“By providing an additional 50 MW of fast ramping market capacity it is designed to reduce spot price volatility and protect the grid from network disturbances, resulting in more affordable, reliable, and secure power for all South Australians,” he said.

Louis de Sambucy, managing director Neoen Australia said, “I would like to thank the South Australian Government for its support and vision of making the state an exporter of renewable energy and a pioneer of the on-going energy transition. The expansion of Hornsdale Power Reserve is demonstrating the critical and multiple roles that batteries will play in the grid of the future.

“Talking about the grid of the future, I would like to acknowledge the great support of ARENA to demonstrate and bring forward the critical innovations and regulatory changes that the network requires to provide affordable renewable energy to Australian homes and businesses. As a long-term operator, Neoen will continue to champion this movement to deliver cheaper, cleaner and more reliable energy for the years to come.”