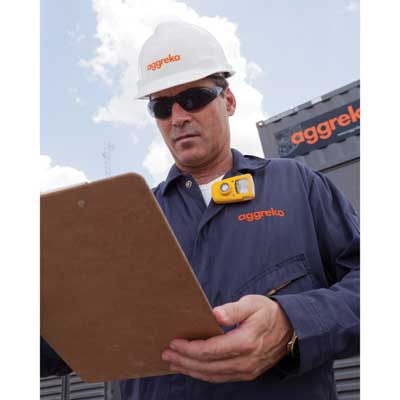 The contract was awarded by James Fisher, the offshore and marine services contractor to Galloper Wind Farm Limited (GWFL), which is providing key elements of marine services and support during the construction phase, as part of a contract worth more than £25 million over the next two years.

Aggreko will supply 56 new lightweight 20 kVA wind-charged generators, plus a standby machine, to provide power during a 40-week plus construction phase, starting in July 2016.

Marcus Saul, Aggreko’s business development manager for Northern Europe Offshore Renewables, said: “Our new fleet of generators has been specially developed to withstand the extreme environment of the offshore wind market and this will be its first application.”

With outlets at 110V, 240V and 415V, the generators will be used to power hand tools and other equipment.

The Aggreko machines weigh less than one metric tonne and come with their own mini wind turbine, which is used to charge the generator’s battery. This avoids the need to start up the generator and improves the green performance. By keeping the battery continuously charged through long periods of standby duty, the risk of battery failure is much reduced and maintenance and servicing costs are minimized, the company claims.

The light weight and compact size of the generators means they can be transported by crew transfer vessels and lifted using the turbine’s Davit Crane, if required. James Fisher’s team will refuel the generators and transport their own crew together with Aggreko maintenance engineers.

The Galloper offshore wind farm is scheduled to begin operation in March 2018. It is an extension of the existing and fully operational Greater Gabbard offshore wind farm, off the coast of Suffolk. Aggreko also supplied generators for commissioning power for this project.