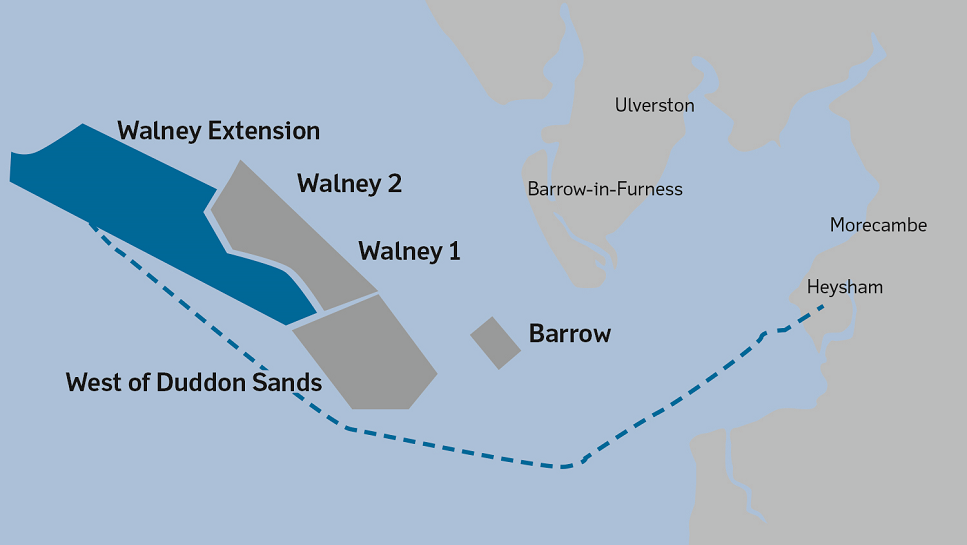 Dong Energy has announced plans to build what would be the world’s biggest offshore wind farm in the Irish Sea, capable of powering almost half a million homes.

The 660 MW Walney Extension project, off Cumbria, will use turbines from MHI Vestas Offshore Wind A/S and Siemens AG, the Danish company said in a statement on its website.

It’s expected to be complete in 2018 and surpass the current record-holder, the 630 MW London Array, another Dong project.

Offshore wind has been largely spared from subsidy cuts that have affected other clean technologies since Prime Minister David Cameron’s Conservative Party won the general election in May.

Samuel Leupold, a vice president at Dong, said in the statement. “A prerequisite for long-term growth in the industry is that offshore wind eventually can compete on costs with other energy technologies. Building Walney Extension will bring us one step closer to that target.”

The project, owned by Dong, is an extension to the existing 367 MW Walney 1 and Walney 2 wind farms, in which the company holds a 50.1 per cent stake. The extension was awarded guaranteed power contracts by the government in April 2014.