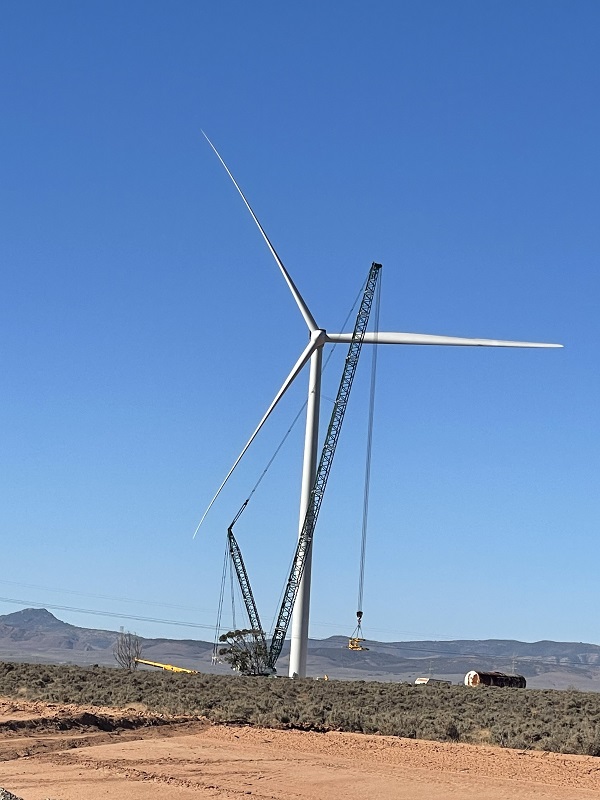 Installation of both turbines and panels is expected to be completed before the end of this year.

Ross Rolfe, chief executive of Infigen Energy, part of the Iberdrola Group, said the first turbine installation was “a milestone”.

“The project creates approximately 200 jobs during construction and around 20 full time roles during commercial operation.”

He added that investing in the project “is part of Iberdrola’s ambitious growth strategy in Australia, one that puts customers at the heart of the renewable energy transition by providing them with reliable and affordable clean energy”.