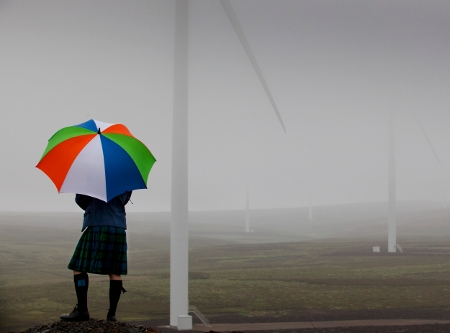 A community-run wind farm in Scotland plans to paint its turbine blades tartan if the Scottish referendum on independence results in a ‘Yes’ vote.

Scots go to the polls on September 18 to vote whether they want to be part of a country independent from the UK.

Today the residents and businesses who own Flair Loop wind farm in the Highlands said that if the vote was ‘yes’, then they would repaint the turbine blades in a bright red-checked tartan associated with the Jacobite rebellion of the 1700s.

And the move has won the backing of wildlife environmentalists, who claim that the vivid colours could deter endangered species of birds that are native to the Highlands from flying into the turbine blades.