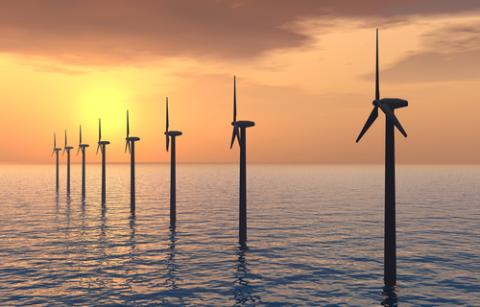 What would have been Europe’s largest wind farm, off the north Wales coast, was cancelled yesterday, leaving the wind industry in the UK reeling.

It represents another blow to the sector as offshore had been seen as a way of growing wind capacity at a time when onshore wind farms are failing to secure planning permissions.

It’s the latest in a sequence of disappointing events – Last November, RWE pulled the plug on its à‚£4bn Atlantic Array wind farm off the Devon coast, saying it was “uneconomic”. In December, Centrica sold its Race Bank offshore project off the Norfolk coast to Dong Energy for à‚£50m. The same month, Scottish Power scrapped its Argyll Array project off Scotland’s west coast, citing problems with basking sharks and a rocky seabed.

Dong and SSE have also had to scale back on existing projects.

Centrica said it had reviewed the economic viability of Celtic Array, and following discussions with the Crown Estates and its partners in the project, Dong Energy, development activity had stopped.

The FT reports that the seabed in the area is comprised of different types of rock and sand, meaning additional complexity and cost for the construction of footings for wind turbines.

Rhiannon would have been the second large wind farm off the north Wales coast, with the German power company RWE building the 576-MW Gwynt y Màƒ´r array between Anglesey and the Isle of Man. This should be completed by the end of this year.