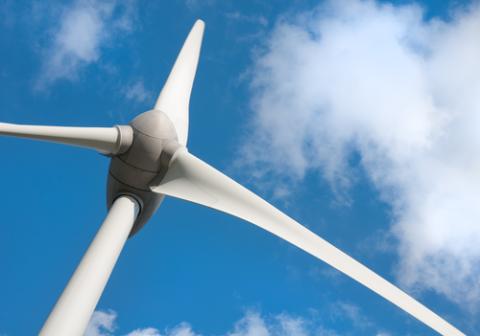 Wind power is seen by OEMs as the driving force behind the global transition to a lower-carbon energy mix, according to two German trade groups speaking at this week’s WindEnergy Hamburg event.

Engineering trade body VDMA Power Systems and the German Association of Energy and Water Industries (BDEW) issued a joint report on the state of the wind industry, presented at a press conference by Andreas Nauen, VDMA chair, and Hildegard Màƒ¼ller, BDEW executive board chair.

The wind industry expects to see global capacity growth of 25 per cent in 2014, dropping to 5 per cent in 2015 “and thereafter”, the groups said. VDMA predicts a newly installed worldwide capacity of 52 GW in 2018.

One reason for continuing growth is the falling cost of wind power, the groups said, especially offshore. “Modern offshore turbines are up to 20 per cent more efficient than first-generation turbines, their service life is five years longer, and innovative concepts for foundations for larger wind turbines make them significantly cheaper. This reduces energy generation costs effectively,” Nauen said.

According to the VDMA, globally active wind turbine manufacturers see emerging markets in regions “that might at first appear surprising. We have identified Turkey, South Africa and Japan as new 500 MW+ markets”, Nauen said.

Canada was also tipped as a strong and growing GW-scale market. However, VDMA said, some markets such as Brazil “are difficult because they demand local content from the industry, i.e. local turbine production”, which has caused some manufacturers and suppliers to withdraw and focus elsewhere. à‚

The groups also called for an improved policy framework within their home country, especially in regard to allocating land for onshore wind power. “If Germany is to maintain its pioneering role in restructuring energy supply, the government here must provide better framework conditions”, they said.

Màƒ¼ller added: “Without the necessary space for wind turbines it will not be possible to meet the ambitious expansion targets. This cannot serve climate protection or the energy transition. The Làƒ¤nderàƒ¶ffnungsklausel [an EEG clause which allows German states to set minimum distances between wind turbines and residences] that was recently passed along with the EEG amendment drastically reduces wind energy potential on land. This thwarts all the efforts of all actors pushing for the expansion of land-based wind power.”

In its latest wind power figures for Germany, the VDMA said a total of 36,027 billion kWh was generated between January and August 2014, 23 per cent more than during the same period in 2013. “This has been a record year for wind energy so far,” Màƒ¼ller said.