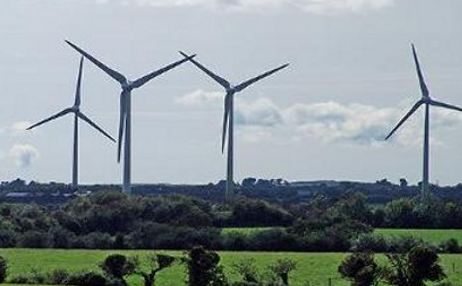 The Irish Wind Energy Association (IWEA) believes the country could see substantial investment in the onshore wind sector throughout the rest of the decade and the positivity about Ireland’s potential has been echoed in a speech delivered by the Irish minister for energy.

The body says the country is in line to generate investment of up to $6.4bn (€4.7bn) in investment by 2020, which would represent a doubling of Ireland’s renewable power generation capacity.

The IWEA says that 119 new projects totalling 2,746 MW have sealed contracts for grid connections and seen investment of some €27m, according to SeeRenewables.

‘We estimate that 2014 and 2015 will see a significant growth in the wind energy sector and that investment over the next seven years by this next tranche of wind energy projects will total almost €4.7bn,’ said IWEA CEO Kenneth Matthews.

Ireland is currently aiming to achieve a 20 per cent renewables mix by 2020, and will face penalties of €350m or more per year if it fails to meet that target.

The IWEA’s projections were backed up today when Minister for Energy Pat Rabbitte, delivering the keynote address at the Autumn Conference of the Irish Wind Energy Association, said that ‘expert advice and evidence shows that Ireland has the capability to achieve its national targets for renewable electricity from onshore renewable generation alone, with capacity to spare.’

The implications for the development of the industry as a result of that capacity were then brought home by the minister. “This means that there is potential for projects of scale onshore that are aimed at export markets. It also means that our offshore wind resource can be developed as an export opportunity. Work is progressing very well on signing an Inter-Governmental Agreement between Ireland and the United Kingdom, If we don’t make the end of year deadline we won’t miss it by much.”

In his speech, Mr Rabbitte also said he had been advised that there would be about €1bn of construction spending on civil engineering works over the next three years as well as additional jobs created in the on-going maintenance of turbines over a 20-year operating life.

He added that, “Further employment opportunities would arise if turbines or components were manufactured in Ireland” before urging the industry to reassure the public on the benefits of supporting the wind power sector.

“It is important that you, as leaders in your industry, communicate fully and accurately the local as well as the national socio-economic benefits flowing from investment projects. A recent Government policy statement on the matter acknowledges the need for social acceptance and for project developers to examine appropriate means of building community gain considerations into project planning and budgeting.”
For more wind power generation news