Is the US withdrawal from the Paris Climate Agreement going to stall the global gold rush of renewables activity? No, argue Fergus Smith, Amanda Rologas Tsangalis and Josh Dellios

President Trump’s announcement in June that the US would be withdrawing from the 2015 Paris Agreement was a disappointment to the renewable energy industry.

As a significant contributor to global greenhouse gas emissions, the US was seen as instrumental to the success of the Paris Agreement, pledging to reduce its emissions by 26-28 per cent below 2005 levels by 2025.

However, it is not clear that the US withdrawal will have a material impact on collective efforts to transition the global economy away from carbon and towards renewable sources of energy. This comes at a time when the cost of renewable technology is crashing and global activity and investment in the renewables sector is increasing significantly around the world.

Much of the concern surrounding President Trump’s announcement has been focused on what other countries will do in response. In particular, would it encourage some countries to follow the US lead and also withdraw from the Paris Agreement, or do less than they had committed to do?

Initial reactions from parties such as the European Union, China and India suggest that this is not the case. Instead, these countries and others have publicly committed to maintaining their pledged targets. Others, such as France, Germany and Italy have indicated that they will adopt more aggressive commitments and increase their efforts in order to mitigate the effect of the US withdrawal.

There has been similar reaction within the US to President Trump’s announcement. In particular, a number of US states and cities have committed to continue their efforts to implement measures aimed at meeting US commitments under the Paris Agreement. California, for example, has recently passed legislation extending its ‘cap-and-trade’ programme – a GHG emissions trading programme second in size only to the European Union’s Emissions Trading System – until 2030.

Fifteen states, representing more than 36 per cent of the US population and accounting for at least $7 trillion of its gross domestic product, are part of the United States Climate Alliance which has pledged to uphold the Paris Agreement and has already made significant progress towards this goal.

And many major corporations have publicly expressed their disapproval of President Trump’s withdrawal and are continuing to explore and develop the commercial opportunities that exist in the renewable energy sector.

This trend extends across multiple jurisdictions and is expected to continue. In Asia, renewables generation has been increasing rapidly and is expected to double over the next decade, with China continuing to lead the way globally. China is investing heavily in the renewables sector throughout the region as part of its ‘One Belt, One Road’ initiative, through which it plans to create greater interconnection capacity and increase the uptake of clean technology across the region’s borders.

The Philippines has seen significant renewables activity which will continue in the coming decade, driven by a massive demand for increased power supply. This is supported by the country’s ambitious emission reduction target under the Paris Agreement.

In Australia, despite modest Paris Agreement commitments, renewables activity continues to thrive, with an expanding pipeline of projects and significant domestic and international investment. As discussions continue around further closures of coal-fired power stations along the east coast of Australia, the recent Tesla/Neoen battery storage project in South Australia (the world’s largest to date) has put Australia at the forefront of efforts to expand such technology.

In the Middle East, significant growth in power consumption forecast over the coming decade is seeing many countries in the region emerge as attractive markets for renewables investment. The United Arab Emirates, for example, is expected to see power consumption double by 2020 and has set a target of 50 per cent of power to come from clean energy by 2050.

It is also expected that the US will continue to be a leader in renewables (and solar capacity in particular), and will comprise almost one third of global total solar capacity over the next ten-year period.

A similar trend is expected in South America, which already relies extensively on renewable sources of energy and where there is strong investor interest, particularly in the wind, solar and geothermal sectors. In Chile, for example, renewable energy generation is forecast to grow by 36.7 per cent in 2017 alone, assisted in part by a new carbon tax which will further increase the cost competitiveness of renewable power relative to the high electricity prices in the country.

Much of the current and forecast activity can be attributed to the continuing reduction in the cost of renewable technologies. For example, the levelized cost of electricity per KwH for solar photovoltaic panels has already reached grid parity with coal in a number of countries such as Chile, Brazil and Australia. This is also predicted to occur in many other countries in the next few years.

The rapid adoption of renewable technology will continue to encourage supply expansion, and lead to further cost reductions. In addition, investment in smart technologies such as battery storage – which increased 29 per cent in 2016 to a new global record of $41.6 billion – is making intermittent renewable energy a more viable option for baseload power generation. Although the cost of battery technology remains high, it is decreasing rapidly, and will continue to do so as countries such as China and India invest heavily and developers continue to deploy this technology on renewables projects.

Another factor playing a significant part in the uptake of renewables is the increased use of corporate power purchase agreements. Driven by companies seeking long-term security of supply and control over their power price, as well as those seeking to implement specific institutional policies to address climate change, these agreements are being increasingly used on renewables projects in many jurisdictions. For project developers in some jurisdictions, corporate PPAs may provide the added benefit of being able sideline slow moving government power offtakers.

Power offtake issues are one of the key challenges facing renewables projects in a number of jurisdictions. In the awakening renewables market of Vietnam, for example, the recent release of a challenging ‘standard form’ solar PPA has raised concerns about the potential bankability of future large-scale solar projects in the country. The PPA (which may only be entered into with the country’s monopoly electricity transmission and distribution utility, Vietnam Electricity) deviates from international market practice in a number of areas.

For example, it does not provide for deemed commissioning after which the offtaker would ordinarily be expected to ‘take or pay’; it requires the seller to take transmission and distribution risk; and it provides for no change of law or political force majeure protection to the seller.

In India, renewables auctions and the falling cost of solar modules are driving down solar tariffs, which are now at record lows, raising concerns that electricity distribution companies may not honour their commitments for projects previously awarded at higher tariffs. Many such companies are now seeking to renegotiate PPAs for these projects, raising concerns about the impact this will have on continued investment in India’s expanding renewables sector.

There are many other challenges facing renewables projects. In the emerging renewables market of Bangladesh, for example, the availability of land, and disputes regarding land ownership are making installation of solar photovoltaic panels in this densely populated country more difficult. The cost of dealing with such issues is detracting from what would otherwise be an attractive tariff on solar projects by regional standards (a recent large-scale solar project was reportedly able to achieve a tariff of $17c/KwH).

In other jurisdictions – Australia being a notable example – current and past political uncertainty surrounding renewables policy has meant that change in law risk is still a significant consideration for market participants.

The Paris Agreement has been regarded as the international community’s last best chance to implement measures to mitigate the effects of climate change. Although the US withdrawal is cause for concern, it does not mean the end of the agreement, nor does it mean the end of the global ‘gold rush’ of renewables activity which is forecast to continue over the next decade.

Despite the practical challenges for renewables projects that exist in a number of jurisdictions, market forces and broad international commitment to the transition from carbon to renewable sources of energy means that renewable energy development will continue to gather pace, with or without President Trump’s support.

About the authors: Fergus Smith is a Partner and Amanda Rologas Tsangalis and Josh Dellios are Associates at White & Case LLP.

TEPCO and Ørsted to collaborate on offshore wind in Choshi, Japan 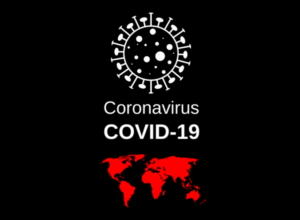