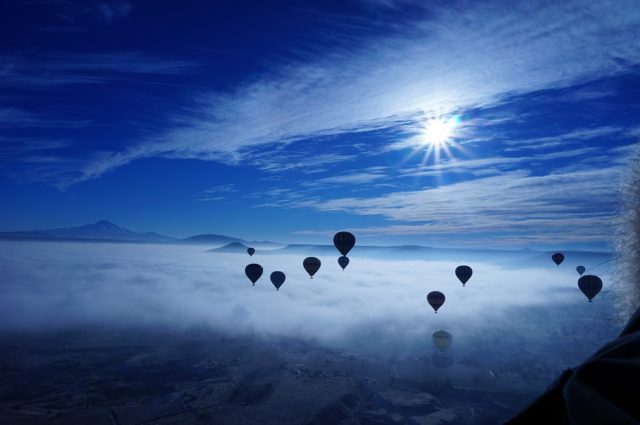 Humanity is addicted to carbon to satisfy our appetite for energy. But it’s catching up with us. Fast.

The Paris Agreement has committed the world to limit the warming of the planet to a targeted 1.5°C. Its intent is to reduce climate-related risks to health, livelihoods, food security, water supply and economic growth.

According to the Intergovernmental Panel on Climate Change (IPCC), our response requires rapid and far-reaching transitions in energy, land, urban infrastructure and industrial systems.

These transitions must be unprecedented in terms of scale and imply deep emissions reductions in all sectors, a wide portfolio of mitigation options and a significant upscaling of investments in those options.

Tallying approximately 80% of global emissions, the world is looking to heavy industry – the energy, chemicals and resources sectors – for a response.

Today, cheap and reliable fossil fuels power our industries and fuel our transport. This won’t change overnight, but we must position for a future where emissions are considerably lower than they are today. To do this, we need to change the way we’ve done things for centuries.

Electrification, renewable energy and energy storage will get us part of the way through the energy transition. However, even with such a rapid deployment of solar and wind, electrification can’t do everything. In fact, it will likely only meet about half of our expected final energy usage.

We need something else to fill that gap.

Today’s hydrogen is almost exclusively produced through fossil fuel processes releasing carbon straight into the atmosphere. However, our future lies in green hydrogen; an inexhaustible energy carrier that can be produced using renewable electricity and an electrolyser which splits water into oxygen and hydrogen. The best bit? There are no emissions from this process.

Once produced through electrolysis, the hydrogen can be stored, transported and processed for a growing range of applications. Green hydrogen is clean, green and everywhere. It’s a perfectly green cycle; you can make it everywhere and you can use it everywhere.

Hydrogen is nothing new. It’s currently involved in many commercial applications such as for ammonia production, in refineries and as a feedstock for chemicals.

However, the greatest potential of green hydrogen is for industries such as steel, aviation and long-haul sea and road transport where there is no obvious alternative to decarbonize. The processes of these industries will have to be tackled for companies to maintain their social license, and low-carbon hydrogen is one way to transform them.

The big advantage of hydrogen is that it burns clean, leaving only water vapor behind. For industrials that require high-temperature heat, such as foundries and glass and steelmakers, this could be a gamechanger in replacing fossil fuels.

Green hydrogen can also be a tool to deal with variability in electricity systems. When excess solar and wind power floods into the grid, it can be converted into hydrogen which can be used elsewhere or even to produce electricity.

There are also opportunities to use hydrogen to fuel both heavy transport like trucks, rail and even aircraft.

The hurdles you’ve heard about

The biggest challenge today is system cost. But everybody is predicting that the cost curve will come down, just as it has with solar and wind power. Though, to get the price point right, you have to reach economies of scale. Then it’s just a matter of when, and industry is primed to take the next step.

We’re already seeing new pathways emerge in some of the projects we’re working on, including installing 36 gigawatts of electrolyser capacity on an artificial island off the Netherlands and injecting hydrogen into high pressure natural gas pipelines in Canada.

People often see low-carbon hydrogen in competition with green electricity even getting into debates about whether we need both. However, even with an increase in renewables, we will still only meet about half of the necessary decarbonization requirement. Green hydrogen can pick up the shortfall. The two go hand in hand.

We have a head-start

Once low-carbon hydrogen is produced and stored, it needs to be transported. Fortunately, transportation routes don’t always have to be built from scratch; existing infrastructure can fast-track hydrogen’s role in the energy transition.

One of the main drivers, especially in places with well-developed natural gas networks such as Europe, is the potential of hydrogen piggybacking on gas infrastructure that already exists.

This becomes even more compelling considering the struggle to build new fixtures to accommodate the energy transition. Europe as an example, will have massive amounts of new offshore wind in the northern parts of Europe and additional solar in the southern parts. However, it doesn’t have the infrastructure to take that to the load centers.

By turning that electricity into gaseous hydrogen, we can use the existing gas grid to transport it. There are thousands of kilometers of gas pipelines that are already available.

This is a massive opportunity that will significantly reduce costs in the hydrogen industry. And we can also ease the burden on the need for additional overhead power lines, which face lengthy permitting procedures.

The appetite is growing

Commercial applications of hydrogen are nothing new but carbon-intensive heavy industrials like oil refineries and petrochemical plants are now taking leading roles in low-carbon hydrogen projects across the world.

In particular, we’ve seen owners of gas pipelines looking for a decarbonized component of their business, oil refineries looking to go green, ammonia and fertilizer manufacturers wanting to reduce their reliance on gas suppliers as well as businesses looking for ways to use excess renewable electricity.

However, these applications are just scratching the surface. There are virtually unlimited ways the world can use it.

From PowerPoints to power plants

What needs to happen for low-carbon hydrogen to fulfill its potential in the future energy mix?

What has been missing from the sector is leadership in scaling up. Hydrogen is the glue that can hold this future low-carbon construct together but to get the price point right, you need to build at scale. The industry needs to start building plants to grow its confidence and expertise.

We’ve seen this through our involvement in a new green hydrogen to ammonia facility being planned for an existing ammonium nitrate facility for Queensland Nitrates in Australia. Through a hybrid of wind and solar plant, some tricky ways of operating the plant to match that supply, and support from the Australian Renewable Energy Agency to help kick-start the industry, we’re expecting this project to reach commercial returns.

It’s a complex industry with many intricacies and like anything new, there are some challenges. But the rewards are so vast that we have no choice.

ABOUT THE AUTHORS
Frank Wouters is Global Lead for Low-Carbon Hydrogen at Worley.
Dr Paul Ebert is Vice-President of New Energy and Networks at Worley.

Hydrogen Europe will be playing a major role in this year’s Enlit Europe in Milan in October.

This article was originally published in Power Engineering International Issue 2 -2020, a supplement in  Smart Energy International.
Read the full digimag here or subscribe to receive a print copy here.