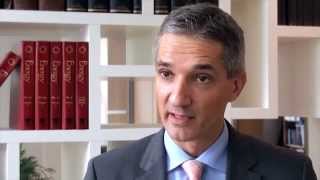 The world is set to face several significant challenges in balancing global energy needs in addressing the energy trilemma over the next four decades, according to the report, “World Energy Scenarios: Composing energy futures to 2050”.

The report’s conclusions follow a three-year study conducted by over 60 experts from nearly 30 countries, with modelling provided by the Paul Scherrer Institute, Switzerland’s largest research centre for natural and engineering sciences.

The report assessed two contrasting policy scenarios, the more consumer-driven Jazz scenario and the more voter-driven Symphony scenario, with a key differentiator being the ability of countries to pass through the Doha Climate Gateway.à‚  The WEC scenarios use an explorative approach to assess what is actually happening in the world now, to help gauge what will happen in the future and the real impact of today’s choices on tomorrow’s energy landscape.

Rob Whitney, the New Zealand based Chair of the World Energy Scenarios report, said: “We have been able to bring together an unparalleled team to work on these unique explorative scenarios. Rather than telling policymakers and senior energy leaders what to do in order to achieve a specific policy goal, the WEC’s World Energy Scenarios will allow them to test the key assumptions that they decide to better shape the energy of tomorrow. That’s why these findings are so powerful.”

Under Jazz, total primary energy supply could increase by 61 per cent by 2050, while under Symphony these supplies could rise by only 27 per cent, thus highlighting the impact that choosing one policy solutions or the other can have on the energy sector.

By 2050, the use of solar for electricity generation is set to increase by up to 225 times over 2010 levels.à‚  Currently solar power only accounts for just over 34 TWh/y in the electricity generation mix, but it could provide somewhere between 2,980 TWh and 7,740 TWh in 2050. This equates to between US$2,950bn and US$9,660bn of investment in solar, representing the largest potential investment area of any renewable energy resource.

Christoph Frei, (pictured above) Secretary General of the World Energy Council, concluded: “At a time of unprecedented uncertainty these Scenarios provide a stark warning to our energy future. Jazz and Symphony highlight the need for clear and robust policy frameworks that reduce political risk, the need for urgent focus in technology development and demonstration in electricity storage and CCS, and the need to manage our carbon budget and minimise our water footprint.

Our findings challenge our understanding of and current ability to deliver the resilient infrastructure that we need to face the changes we expect to occur over the coming decades.”

The full findings of the “World Energy Scenarios: Composing energy futures to 2050” study are made available free of charge via the World Energy Council’s website www.worldenergy.org/publications.à‚