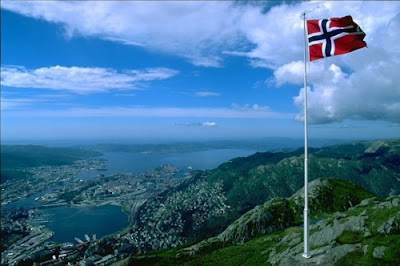 Norway‘s new government is mulling over the prospect of investing some of its sovereign wealth fund in renewable energy projects across the world.

The government, to be led by Conservative party leader Erna Solberg, is set to establish an investment programme for the Government Pension Fund of Norway with the purpose of backing sustainable projects and companies.

Norway, which has a population of little more than five million people has more than $790bn of holdings in its sovereign wealth fund.

The move is being supported by some of the country’s biggest pension funds and by religious groups, non-governmental organisations and other bodies.

WWF wants the Norwegian fund to allocate 5% of its portfolio to direct investments in renewable energy infrastructure and projects ” and to end its investments in coal and tar sands.

The fund ” officially known as theà‚ Norwegian Government Pension Fund Global, which up to 2006 was called the Petroleum Fund of Norway à‚ “à‚ was formed in 1990 and makes its money through taxes from Norway’s substantial oil and gas sector.

The fund has considerable influence on financial markets around the world.