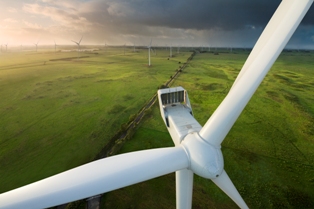 Danish wind turbine manufacturer, Vestas has succeeded in winning orders around the world this past week.
In its latest announcement the company confirmed that is has won two contracts from Indian company Powerica to supply wind turbines totalling 51.8 MW

The contracts call for the delivery, installation, and commissioning of 25 V100-2.0 MW and one V100-1.8 MW turbines for the Jangi and Charbara projects in Gujarat, India.

Meanwhile in Germany Vestas (OMX: VWS) secured a 36 MW order for V112-3.0 MW turbines from Juwi Wind. The machines will be used at three plants across the country and come with a 15-year service agreement.

The company also received orders for two wind farms in the US, with capacities of 150 MW and 110 MW respectively.

Vestas secured over 1700 MW of firm turbine orders in the United States and Canada in 2013, the second-best yearly sales performance for the region since Vestas entered the North American market in 1981.