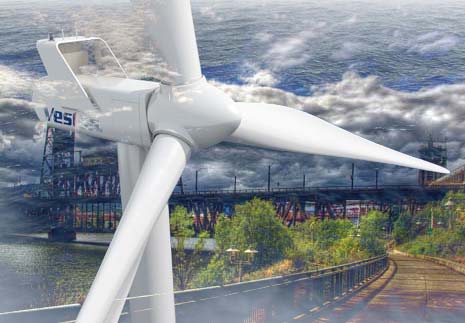 Vestas (OMX:à‚ VWS) says it has completed the divestment process that it has been carrying out over the last two years, after selling six manufacturing units to German group, VTC Partners.

Shares fell by around 6 per cent midweek as investors reflected their disappointment at the sale of the units for just €1, implying a writedown of €50m on the assets.

It comes a month after the Danish wind turbine maker sold its offshore turbine division in a joint venture with Mitsubishi Heavy Industries.
The two machining units and four casting units employ about 1,000 people in Norway, Sweden, Denmark, Germany and China.

Vestas said its priority in selling the units was “to increase the flexibility of its supply chain and to secure a buyer that will ensure supply at the required quality and offer reduced and competitive prices for casted components”.

Jean-Marc Lechàƒªne, chief operating officer, added: “We did it because we operate in a volatile market with steep ups and downs, and we realised that fixed costs were too high, so we needed to outsource non-core activities and focus on core competencies.”

“After this step we will be very much in line with the rest of the industry in terms of vertical integration. So it is likely to be our last major divestment, and leaves us with an appropriate headcount.”

Under a long-term supply agreement with VTC, Vestas had secured prices for the parts below what it would have cost if production had remained in-house, Mr Lechàƒªne said. Savings of €30m are expected in the first two years.