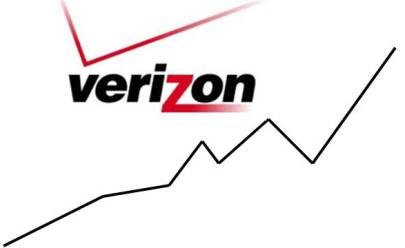 America’s largest wireless carrier is investing almost $40 million to triple its use of on-site solar energy this year.

The company invested $100 million last year for about 5 MW of solar capacity and 10 MW of fuel cells that were installed at six sites. The new capacity will give Verizon the most solar-generating capacity of any U.S. telecommunications company, according to the Washington-based trade group Solar Energy Industries Association.

“Solar is a proven technology,” James Gowen, Verizon’s chief sustainability officer, said in an interview. “It didn’t hurt that the technology is getting better and prices are coming down.”

“They’re seeing the benefits of it financially,” Howard Wenger, SunPower’s president of regions said, “The Fortune 500 companies we talk to like Verizon are really trying to add value for their shareholders and that’s what solar does.”