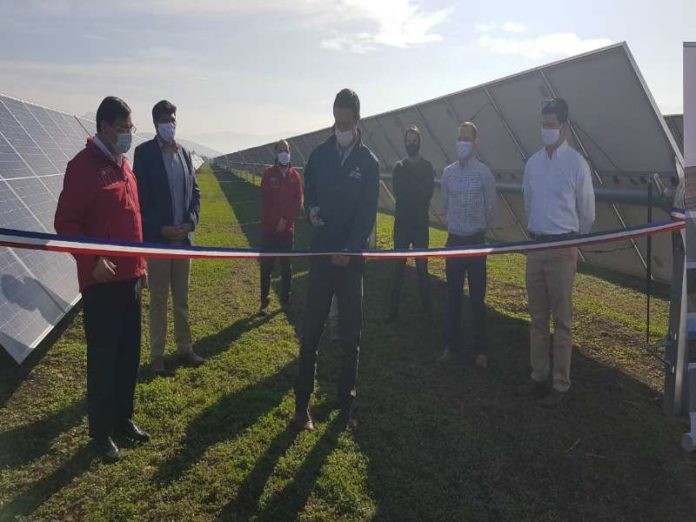 The development adds 9MW of clean energy to the national electricity system.

The project is expected to help bring Chile a step closer to its renewable energy goal.

Chile has announced a massive $22.6 billion investment to develop renewable energy and has seized upon the falling cost of solar projects to shift its energy mix away from coal. Renewables now make up 44% of the energy mix.

Verano Capital is one of the leading project developers in Latin America and the inaugurated solar plant is the company’s 23rd project in Chile to reach commercial operation.

Verano Capital now has a total installed capacity above 100MW in Chile and a further 25 PMGD projects are in development.

Dylan Rudney, CEO of Verano Capital, said: “Thanks to the energy and commitment of our team we were able to complete the project on time and on budget, speeding up the process from environmental qualification to connection to the grid. Construction of the park was completed in less than 6 months for an investment of approximately $10 million.à‚

“We are delighted to support the Chilean government with their ambitious development plans for renewable energy. Our experience across all aspects of project development, from design to financing, from construction through to asset management, means that we can offer the most competitive energy solutions for our customers.

“In addition to its significant pipeline in Chile, Verano has over 1GW of projects under development in Argentina, Colombia, and most recently Peràƒº. Verano aims to have over 500MW of solar projects operating in Latin America within the next 3 years.”

Chile’s Minister of Energy, Juan Carlos Jobet, adds: “These renewable energy projects not only allow us to clean up our energy matrix; but also, they give us access to cheaper energy and allow us to generate employment.

“It is incredible that 5 years ago we thought that we were going to achieve a 70% share of renewable energy by 2050 and we are seeing that it is very likely that we will reach that goal 20 years earlier.”