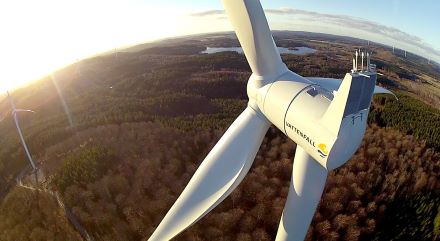 Vattenfall’s largest onshore wind farm in southern Sweden is to be inaugurated today.

The 36 MW Hjuleberg wind farm, located 20 km northeast of Falkenberg, will be officially opened this afternoon by the governor of Halland province, Lena Sommestad.

Hjuleberg’s 12 wind turbines are expected to produce 98 GWh per year, supplying power to around 18,000 homes.

The 3-MW turbines from Siemens have tower heights of 92.5 metres and rotor diameters of 113 metres.

Since construction began in February of 2013, Vattenfall has invested some SEK 500m ($76m) in the project. An earlier commissioning date was planned, but there were delays involving the turbine blades, Vattenfall said.

“We are both proud and pleased to be able to commission another wind farm. It will be a welcome addition to our renewable electricity generation capacity,” said Torbjörn Wahlborg, head of Vattenfall’s Nordic operations.

According to Eva Vitell, the company’s head of wind power projects in Sweden, the area around Falkenberg has ideal wind conditions. In addition, Swedish power consumption is highest in the south of the country.