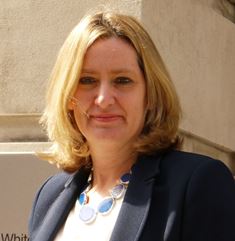 The UK government has opted to exclude wind energy from a subsidy scheme a year earlier than expected.

Wind power will not be considered from April 1st of 2016, though the Department of Energy and Climate Change said there will be a grace period for projects which already have planning permission.

Scottish energy minister Fergus Ewing said the decision will have a disproportionate effect on Scotland, where most of the UK’s wind portfolio is located. He warned the Conservative government that the decision could be subject to judicial review.

An estimated 3000 wind turbines are awaiting planning permission and this announcement could jeopardise those plans but new Energy and Climate Change Secretary Amber Rudd insisted: “Onshore wind is an important part of our energy mix and we now have enough.”

Unsurprisingly Greenpeace UK energy and climate campaigner Daisy Sands is not in agreement and in a statement to PEi said: “Ministers have just moved to raise everyone’s energy bills by blocking the cheapest form of clean power, whilst continuing to back the impossibly expensive Hinkley C and going ‘all out’ for unpopular, risky, and unproven fracking.

“Even if this omnishambles of an energy policy survives the many legal challenges threatened against it, it will send a clear message to international investors that the UK government is willing to wreck our power sector to please their most ideological backbenchers. This mistake will cost the UK dearly.”

The funding for the subsidy comes from the Renewables Obligation, which is funded by levies added to household fuel bills.

The move had been telegraphed as part of a manifesto commitment by the Conservative Party ahead of the General Election in May.

The sector is understandably angry at the move with a consensual belief among their number that the anti- wind segment of the party is overly influential.

“By closing the Renewables Obligation early, the government is letting a vocal minority dictate energy policy,” said Juliet Davenport, founder and chief executive of renewable utility Good Energy. “We believe the government should be providing solid, stable support for renewable energy which helps tackle the threat of climate change and challenges the dominance of fossil fuels.”

“This is a blow, not just to the industry, and could damage our reputation as a good place to invest in energy infrastructure.”

She added that “it is right that an appropriate grace period is put in place to account for projects where significant investments have already been made. The government must now work closely with industry to get the details right.”

Savills Energy, an advisory service for energy assets and infrastructure, said the early closure of the subsidies “will destroy investor confidence in renewable infrastructure projects and cost the UK economy millions”.

The compnay’s Tim Waterfield said the government’s decision “is baffling to both industry and consumers”.

“Indeed, the government’s own surveys show that 65 per cent of the British public support onshore wind. We urge the government to reconsider its decision and to avoid causing an irreversible impact on investor confidence. Consultation with key bodies, such as RenewableUK, British Wind and Scottish Renewables, is absolutely key to determine the best outcome for the industry.”

Waterfield added: “There is no denying that the UK needs to put in place a comprehensive and well-balanced mix of technologies to meet our decarbonisation targets and deliver energy security for future generations. Likewise, it is clear that such technologies need to be economically viable and able to stand on their own two feet.

“However, as has been seen across Europe, when subsidies are removed too early, the cost to industry and taxpayers is significant. Without confidence in future political and financial support, investors will lose faith in renewable infrastructure development and all of the good work that has been done to help the UK meet its targets to date will be put at risk.”

David Hunt, managing partner of specialist renewable energy recruiter Hyperion Executive Search, said ending the subsidies “will have a large impact on businesses and individuals involved in and employed by the onshore wind industry, but has larger knock on effects.

“Investors above all else value certainty. Where government policy is subject to short term change investors get spooked and take their money elsewhere. This could have a big impact on investment into solar, and all other forms of clean energy.

“This decision has real and tangible effects on jobs and growth in the UK economy. Last year renewable energy jobs rose 9 per cent against a UK wide rise of 1.2 per cent, but sustaining such growth will be jeopardised by today’s announcement.”

Hunt even said that he had “been speaking to a major renewable developer about recruiting a Head of Onshore Wind and subsequent team, but in light of this announcement, I doubt that will proceed”.

He added: “This is a political decision which flies in the face of common sense and public opinion. It will provide a boost to the oil, gas and fracking community and goes completely against the government’s own polling which showed 74 per cent in favour of onshore wind and only 24 per cent in favour of fracking.

“Clean energy brings jobs, investment, energy security and innovation to the UK and, in case the government has forgotten, helps us meet our climate change commitments.”

Ben Warren, Energy Corporate Finance Leader at EY,said today’s decision “comes as little surprise for many in the industry”.

He said the rationale behind the announcement was that the UK has enough onshore wind capacity to help it meet its targets, but he added that “this ignores both the fact that onshore wind can, and already does, provide cost effective power, as well as the economic, social and environmental benefits that stem from it”.

Warren said: “It is time for the government to clarify its strategy for the UK’s future energy mix. If the objective is to secure clean and affordable energy then the government’s policy needs to accelerate the deployment of onshore wind and solar PV, the two technologies that have proved that they can be the cheapest and most rapidly deployable sources of clean energy.”