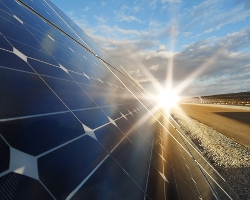 Orta Solar has announced that it is being forced to consider postponing over $280m of UK solar construction projects in reaction to an EU trade levy of between 40 per cent and 70 per cent proposed to be added to the import price of Chinese solar products.

“We’re tremendously disappointed to hear this proposed news”, declared Nick Pascoe, the business’s Managing Director, “we invest many millions in surveying, planning, legal, financial and technical design work typically twelve months prior to constructing these projects and as of today we no longer know whether it will be economically viable to construct UK commercial scale Solar farms later in 2013 and beyond. How can we possibly continue to invest?”
Orta Solar are a Southern England based team that have developed one of the UK’s largest Solar Farm portfolios to date.