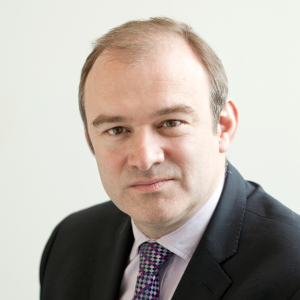 New statistics released by the UK’s Department of Energy and Climate Change has revealed that close to 22,000 households have received support under the Renewable Heat Incentive (RHI) scheme, a programme of grants to support domestic low-carbon heating installations.

The statistics also show a total of 6244 new accreditations since April 2014, when the Domestic RHI was officially launched by energy secretary Ed Davey (pictured).

Commenting on the figures, Paul Thompson, Head of Policy at the Renewable Energy Association (REA), said: ‘It is encouraging to see that not only has the 20,000 accreditations milestone been reached but the rate of uptake is rapidly increasing. This is hopefully a trend that will continue.’

The Domestic RHI is mainly being used by homeowners but 8% of all accreditations were to social landlords.