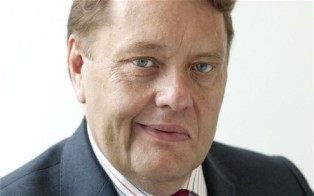 UK energy minister John Hayes today said it was “detached and bourgeois” to suggest that cutting down trees to use as biofuel was counter-productive to following a green agenda.

Hayes was taking part in a debate on BBC Radio 4’s Today programme with Sir David King, the UK’s government’s former Chief Scientist, who had stated that Britain had “to be very careful with biofuels”.

Sir David – currently director of the Smith School of Enterprise and the Environment at Oxford University – said that utilising land for chopping down trees for fuel meant that the land in question was therefore unavailable for agricultural food use.

He also said the UK would not be able to domestically produce enough trees to use in biomass production and would have to import more timber than Britain’s current coal imports, which in turn would create high carbon emissions via transportation.

But Hayes said: “It is all very well having these slightly detached, bourgeois views, but we have to deal with the practicalities.