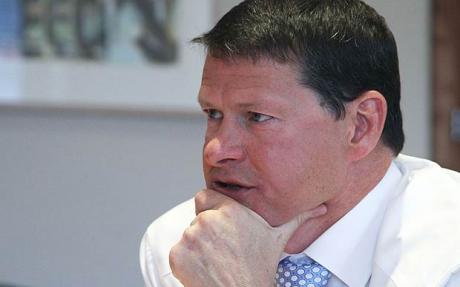 Steve Holliday, chief executive of National Grid says that an investment of around à‚£3bn ($5bn) in greater electricity interconnection with the UK’s neighbours would help to bring down energy prices for the country’s consumers, as well as fend off a potential energy crunch.

“The à‚£1bn price saving could be achieved for an investment of à‚£3bn,” Holliday said, if there is a doubling of interconnectors by 2020.

The UK currently has four such interconnections – to Ireland, France, the Netherlands and Northern Ireland. In total they amount to 4000 MW, representing 5 per cent of existing electricity capacity.

Importing cheaper power reduces the UK’s wholesale prices and would benefit consumers if lower prices are passed on by retailers.

National Grid is currently working on what would be the world’s longest interconnector, aimed at tapping Norway’s surplus of hydroelectric power. Other key projects are a 1000 MW link to Belgium and an additional 1000 MW supply line to France ” an established swing supplier of energy to the UK market.

Discussions are also taking place over plans for a Denmark-to-UK link, Holliday said.

Holliday added that other countries suffering from poor cross-border power links, such as Spain, could benefit if bottlenecks in Europe’s grid system were tackled, offering savings to energy consumers and greater rewards to power generators in the region. Spain, he said, now often enjoys a surplus of renewable energy but lacks sufficient interconnector capacity to maximize exports to neighbours.

He added that there was evidence of an increased commitment to interconnection by policymakers at the EU summit last month.