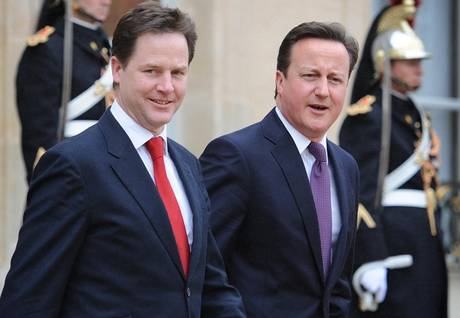 The British coalition government is set for internal strife once again as the majority Conservatives look to dilute renewable energy policy in order to keep the power rates down.

The move is unlikely to be welcomed by the coalition’s junior partner, the Liberal Democrats, with one of their most senior party members, Ed Davey currently the government’s energy secretary.

It is the latest in a series of clashed between Tory and Lib Dem minister on how to balance support for renewable power with keeping prices down and increasing energy security.

The Conservatives are attempting to respond to a pledge by opposition Labour party leader Ed Miliband to introduce a freeze on energy bills if elected at the next general election.

The response to Labour may see cuts to the £1.3bn annual Energy Companies Obligation (Eco), a levy on energy companies to insulate the homes of people living in fuel poverty.

The Eco was introduced in January 2013 to reduce the UK’s energy consumption by funding energy efficiency improvements worth around £1.3bn every year.

It is opposed by leading energy companies, which have told the government that the programme could add as much as £100 a year to household power bills.

Other green energy schemes in the line of fire this month include the carbon price floor, which was just introduced by the UK to ensure that industry pays a set amount for carbon pollution.

The price floor is expected to raise more than £4bn for the government over the next four years, and it means the UK Treasury is likely to resist any attempt to make the scheme less onerous because it would mean a loss of income.

The Conservatives are also considering a further cut in the renewable obligation certificates (Rocs), a form of subsidy for green energy. These place an obligation on UK electricity suppliers to source an increasing proportion of power they supply from renewable sources.

Last year, the Treasury and energy department agreed a small cut in Rocs – along with a “review point” in 2013-14 to assess the scope for a further reduction. Such a cut is now looking increasingly likely.

“The capacity being built now would still be eligible for the higher subsidies . . . The cut would only affect projects coming further down the line,” said a Whitehall official as reported in the Financial Times.

The debate comes just weeks after RWE npower (FWB: RWE) warned that energy bills would rise by more than 19 per cent by the end of the decade partly because of green policies.