UK-based Harland and Wolff (H&W) has won a contract to supply suction buckets for the jacket foundations at a German offshore windfarm.

The contract was awarded to the Northern Irish firm by Polish jacket foundation supplier ST3 Offshore. The foundations will be used in Dong Energy’s Borkum Riffgrund 2 wind project, currently under construction in the German North Sea.

The suction buckets will be exported from the UK to ST3’s advanced serial manufacturing plant in Stettin, Poland, for fitting prior to foundation installation, which is expected in 2018.

Norman Skillen, managing director of ST3 Offshore UK Ltd, added that his firm “continues to see future possibilities for the UK offshore wind supply chain and we are delighted that H&W can play a key role in the competitive production of suction bucket jackets for the Borkum Riffgrund 2 project.”

And Casper Frost Thorhauge, deputy programme director at Borkum Riffgrund 2, noted that “Dong Energy is a pan-European company and the UK is a strategic market for us. We have a growing number of UK offshore windfarms, including four currently in construction, and more in the pipeline.

“We have been working hard to build and develop a UK supply chain, so we are delighted to see UK firms exporting their expertise to our European projects, demonstrating that the UK can lead the world not only in offshore wind capacity, but create a world-leading competitive supply chain too.” 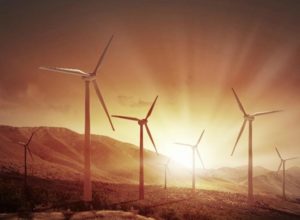