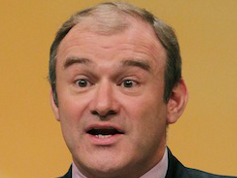 An energy bill to propel £110bn ($176bn) in energy sector investment has been unveiled in the UK, setting mechanisms to ensure steady income for low-carbon generation and landing consumers with the costs.

But the bill exempts big, energy-hungry companies such as steel and cement from paying for the switch to renewables.

While the renewables lobby has complained that the bill fails to set a carbon target for 2030, it sets out support for low-carbon power under ‘contracts for difference’ (CfD).

These kick in if the market price slips below a ‘strike price’ to compensate nuclear and renewables operators. If prices fall below this price, generators pay the difference to consumers.

Energy efficiency is also highlighted in the bill, which proposes financial incentives for consumers and businesses to cut energy use.

While welcoming the bill as “a real opportunity to shape the future path of energy in the UK”, E.ON UK’s chief executive, Tony Cocker, warned of the cost for consumers.

“Given that family finances are being squeezed more than ever at the current time, we must ensure that UK consumers are at the heart of these reforms and that they do not have to bear any more costs that cannot easily be justified, like the carbon price floor which is due to hit electricity prices next year.”

RWE npower Group CEO Volker Beckers said the firm looks forward “to getting down to the detail of implementation”. But the firm released a press release that criticised the CfD and the introduction of a capacity mechanism.

“We are concerned that the government’s model for the CfD mechanism could create large volatility in monthly costs and therefore risks more frequent price changes and increased costs to customers,” read the press release.

It added that the company “does not believe the case has been made for the introduction of a capacity mechanism at this time” and forecast that it would add “significant unnecessary cost to the British economy and our customers”.