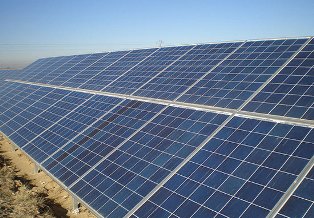 The agreement was made with the local government authority of Turpan Prefecture to develop the ground-mounted solar power plant project and is scheduled to be built in multiple phases over a four year time frame starting from early 2014.
The first two phases of the project, with installed capacity of 300 MW, are scheduled to be completed and connected to the grid by the end of 2014, subject to receipt of the required approvals. Upon receiving approval for phase one, Trina Solar will also invest in the construction of a PV module production facility in the local area to supply modules to the solar power plants.

Trina Solar chairman, Mr. Jifan Gao, said in an email statement that upon completion the facility will be the largest solar power plant project in Xinjiang.