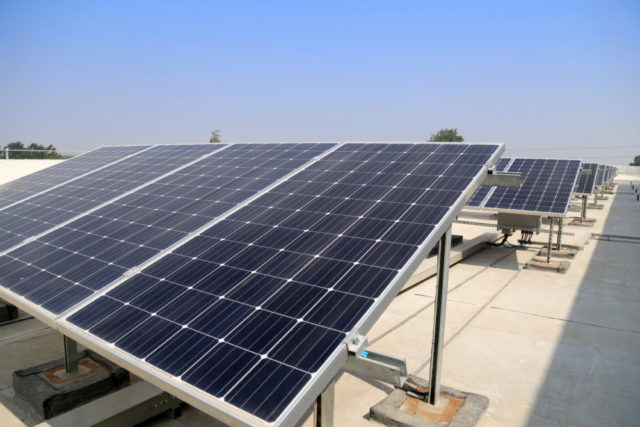 The project, which has achieved financial close, is expected to start up in 2021 and will provide clean and reliable electricity to Japanese households.

“The Miyagi Osato Solar Park is Total’s third and biggest solar plant in Japan, which will allow us to reach a cumulated capacity of over 100 MWp in the country. This project is in line with Total’s commitment to develop renewable production capacities worldwide and in particular in the Japanese market, where we actively pursue our development”, said Julien Pouget, senior vice-president renewables at Total.

The plant is designed to fully meet Japan’s stringent earthquake-resistant building standards. The facility will be equipped with around 116,000 SunPower Maxeon high efficiency solar panels that deliver reliable performance throughout the entire life of every installation.

The launch of the construction of Miyagi Osato Solar Park follows the beginning of the operation of two other large-scale solar plants of Total Solar International in Japan: Miyako Solar Park (25 MWp, 2019) and Nanao Power Plant (27 MWp, 2017). This rapid growth (over 100 MWp of cumulative capacity achieved in 2 years) sets Total as one of the most dynamic players in the Japanese solar market.

The plant will be operated by Miyagi Osato Solar Park GK, a special purpose company, majority-owned by Total Solar International with a 90 per cent share, alongside SB Energy Corp. (SB Energy), a Japanese subsidiary of SoftBank Group with 10 per cent share.

Commenting on the project, Tom Heggarty, senior analyst at Wood Mackenzie, said: “With the launch of construction of its third solar PV plant in Japan, Total continues to progress with its expansion into large-scale renewable energy development. Total is now active across the solar PV value chain. Its SunPower subsidiary manufactures PV modules with a focus on the distributed generation market. Additionally, Total is developing large-scale installations organically through Total Solar and its minority stake in Total Eren. This is a continuation of a trend among the European oil and gas Majors, with Shell, BP, Equinor, ENI and Repsol all now active participants in the global solar PV market.”

Wood Mackenzie analyst Rishab Shrestha added: “Although a declining market for large-scale solar (>1 MW), Japan is expected to install close to 7 GW of large-scale solar capacity in the next five years. There remains a considerable pipeline with attractive FIT rates that were awarded several years ago. Projects are difficult to execute and costs are high compared to other markets. However, the legacy awarded FIT projects of >200 USD/MWh remain attractive for those that are able to take it to the finish line, especially with the backdrop of decreasing solar costs.”