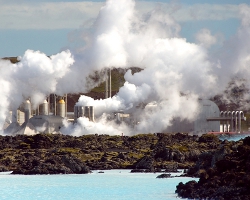 The order includes the supply of key equipment, including turbines, generators and condensers, for the plant, which is located in Manisa Province.

Toshiba will install total 40 MW of two systems: a 30 MW flash steam generation system that pulls hot water under high pressure into a separator to produce steam; and a 10 MW binary cycle power facility that uses lower temperature fluid to vaporize a liquid with a lower boiling point.

Installation of the equipment will commence in October 2014, and the plant is scheduled to come online in 2015.

Estimates from the International Energy Agency (IEA) indicate that demand for electricity is set to more than double in the next decade.

The Turkish government is responding by promoting capacity expansion, including boosting geothermal power generation from 300 MW to double. Most of these plants will be built in the geothermal-rich Aegean Region, in the west of the country.

Toshiba is the world top supplier in the supply of geothermal power, with a 23 per cent market share.