Research firm Frost and Sullivan has issued a new report exploring trends within the renewable energy market in the Middle East.

The region is expected to expand its renewables capacity from solar and wind by 18 times by 2025.

The region, including United Arab Emirates, Saudi Arabia, Qatar, Oman, Kuwait, Bahrain, Iran, Iraq, Jordan, and Lebanon, is expected to invest $182.3 billion to add up to 57GW of capacity by 2025.

Efforts by governments and uitlities in the region to embrace renewable energy as part of efforts to reduce greenhouse gas emissions are driving market growth.

However, as traditional fossil fuel reliant industries turn to solar, there is immense growth prospects for the market participants, such as:

Using artificial intelligence (AI) and digital analytics will mitigate renewable power generation’s intermittency. Hence, vendors can tap into opportunities exposed by the penetration of technology in the solar PV space.

Saraswathi Venkatesan, energy & environment research analyst at Frost & Sullivan, said: “Capabilities in solar are more pronounced compared to wind energy as most countries in the region fall under the Sun Belt.

“Qatar and Saudi Arabia are hubs of polysilicon production. Solar cell manufacturing and solar panel assembly are key areas to consider for investment. Going forward, in terms of value, solar PV investments are expected to contribute the most, at 67.4% of the opportunity size for the next five years, followed by solar CSP investments at 17.5%.”

For further information on this analysis, please visit: http://frost.ly/4fd

Gas – The second pillar of decarbonisation 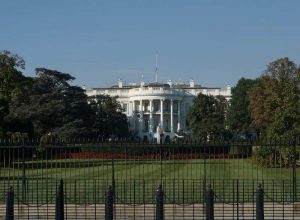