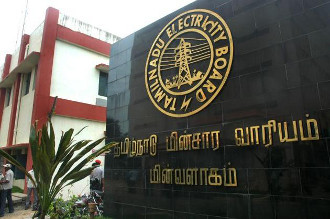 In an attempt to encourage investment in its flagging solar sector, the Indian state of Tamil Nadu has set prices for solar photovoltaic (PV) and solar thermal power.

Although the state features high solar irradiation with around 300 days of sunshine per year, it has failed to attract solar sector investors over the past several years and features only 109 MW of installed solar capacity, far from its target of installing 3000 MW by 2015.

The problems arose when state-owned utility Tamil Nadu Generation and Distribution Corporation (Tangedco) and the regulator, Tamil Nadu Electricity Regulatory Commission (TNERC), failed to honour the rates previously granted to developers and instead tried to lower tariffs. In addition, a group of companies legally challenged the state’s 2012 solar policy, which mandates that heavy energy users must get at least 6 per cent of their power from solar sources on top of a Renewable Purchase Obligation of 0.25 per cent. The challenge was upheld earlier this year.

The move comes as TNERC has declared a solar power tender undertaken by Tangedco invalid.

The regulator reportedly dismissed Tangedco’s petition to approve its proposal for 20-year power purchase agreements for 708 MW of solar power from 52 in-state generators, due to violation of its 2012 guidelines for transparency in tenders.

According to TNERC, Tangedco had run its tender outside the guidelines, and thus the process was not legally acceptable. Tangedco said it had followed the guidelines outlined in the Tamil Nadu Transparency in Tenders Act of 1998.

In response, TNERC said: “If a statute directs a thing to be done in certain way that thing shall not be done in any other way. It is legally invalid to follow any other terms/procedure for the bidding process.”