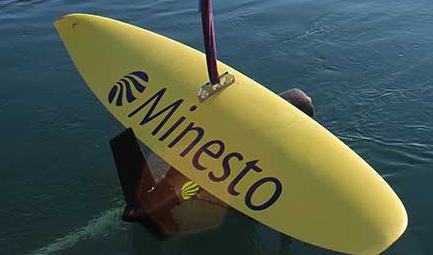 Swedish tidal energy developer Minesto has won research funds worth SEK5.7m ($666,000) from the Swedish Energy Agency for two projects in the UK.

Minesto is behind a technology called Deep Green, which the company claims “is the only proven marine power plant that can extract energy from low-velocity tidal and ocean currents in a cost-effective way”.

For the last three years Deep Green has been undergoing ocean testing off the coast of Northern Ireland. Minesto is also set to deploy its first full scale plant off the coast of Anglesey in Wales next year.

Minesto chief technology officer Dr Heije Westberg said: “The Swedish Energy Agency’s decision to grant funds for these two projects is a clear sign of confidence in the potential of our technology and in Minesto’s ability to realise it.

“This is research funds earmarked for strengthening the further development of Deep Green. The knowledge that will be generated in the projects benefits us, our partners in the projects and hopefully the whole sector of marine energy.”

And Minesto’s chief executive Dr Martin Edlund has stressed that the UK’s recent decision to leave the European Union will not have a negative impact on the Anglesey project, which has €13m-worth of EU funding.

“The referendum result will not affect Minesto’s project in Wales. The financial support is secured and tidal energy is now more important than ever for the region.”

He added: “During the period when Britain negotiates the conditions for leaving the EU, the question marks for every overseas business looking to invest in the UK will gradually be answered. What we do know now is that our financial support remains in place. This EU-funded project has already seen several new jobs created in Holyhead, and Minesto is fully committed to develop our first tidal energy array and to build our future assembly facilities in North Wales.”

He said that Britain has the potential “to lead a new export industry” in marine energy, “as it is one of the country’s most promising emerging industries with significant growth potential”.