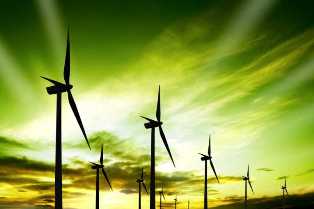 A survey of renewable power industry experts has revealed concern about whether the Green Investment Bank (GIB) is up to the job of transitioning the UK to a greener economy.

61 per cent of renewables experts surveyed do not believe the à‚£3 billion invested in the Green Investment Bank (GIB) is sufficient to help accelerate the process, with just 21 per cent of experts surveyed believing the GIB’s investment strategy is correct. The survey also found that difficulty in sourcing private sector investment is seen as the greatest threat to the development of renewable power generation in the UK.

The new research, which was conducted by Invest in Cornwall, amongst the UK’s foremost experts in the renewable energy industry, noted deep concerns about the present strategy being pursued by the GIB.

The GIB has indicated that 80 per cent of its initial investments will be targeted at lower risk projects using existing technologies.à‚  Just 21 per cent of the experts surveyed believe this strategy is correct given the low priority assigned to developing new technologies in the first tranche of investments.

According to the majority (57 per cent) of those surveyed, the government should do more to subsidise investment in low carbon technologies.à‚

A GIB spokesperson told Power Engineering International, “GIB’s mission is to make investments which are both green and profitable, and the sectors in which we do so are set by Brussels and agreed with the UK Government.

“We expect to use the à‚£3.8bn that we have been given to fulfil this mission to mobilise additional private sector capital to contribute to the à‚£200bn needed to help transition the UK to a low carbon economy.”